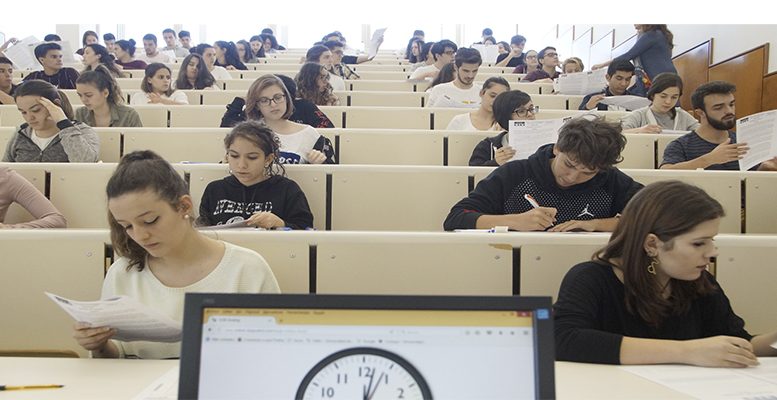 It’s normal to hear the phrase “we have the best educated generation in the history of Spain,” referring to young Spaniards. Which if it were true, would be totally unfair given that the youth jobless rate is beating all records, both compared with the EU and the OECD average. But it’s possible that this is another of those phrases which the Spaniards frequently come out with. But it has no real basis.

Because the truth is that all the figures and statistics related to education in our country paint a picture which is not just bad, but catastrophic…For example, the number of young Spaniards who don’t even have a high-school education, 35%, is double the OECD average. The average amongst the countries in that organisation is 16%, half of what it is in Spain. And it’s even lower in Portugal (31%). As the OECD says, we are on a level with Argentina or Colombia.

Professional Training is essential to provide momentum for the labour market. But in Spain this is below minimum levels (thousands of vacancies are not covered because there aren’t the right profiles available). Only 12% of young people in Spain are signed up for Professional Training versus the OECD average of 26%…And in the so-called dual training (in school and in the workplace), a key development from Germany, the situation is at the very least disastrous. Only 0.4% of secondary school pupils sign up for dual training. In the EU it’s 17%.

Spain is also amongst the leaders when it comes to pupils repeating courses, with a rate of 32%. The average in the OECD which, don’t let’s forget, includes countries outsided Europe, is 12.4%. In a crushing report by the European Commission, Spain was listed some months ago as the EU country with the biggest number of school dropouts.

According to the Shanghai ranking, Spain doesn’t have one university which is included in the list of the hundred best in the world, despite the fact it is the 12th most powerful global economy. Even Switzerland, with six million inhabitants, has 5 universities on that list. Our country is also the one which has the worst level of English in the EU – how embarrassing is that! – according to Cambridge University’s Monitor.

And that’s no coincidence. In the first place, this obviously has a lot to do with the low level of education spending in our country. This is a situation which, logically, got worse during the crisis years.

In line with Eurostat data published at end-August, Spain is at the tail-end in Europe in terms of investment in education. At the same level as Bulgaria and only ahead of Romania, Ireland and Italy (out of a total of 28 countries). Spain earmarks barely 8% of its public spending on education. The EU earmarks on average 10% and the OECD almost 12%. As a percentage of GDP it’s 4.1%, one of the lowest levels in the EU.

The crisis is partially to blame for this situation. The need to reduce public spending and settle the deficit took its toll on education. Between 2009 and 2013, the funding which the Administrations earmark for education has gone from 53.895 billion euros to 44.974 billion, a 16.6% cut.

That’s why they say the crisis has left public spending on education at last century’s levels. You have to go back to 1988 to find percentages of investment on a par with the current ones. Of course then education was not obligatory up to 16 nor was it generalised between the ages of three and six.

And, as the number of pupils has increased, the result is that spending per student fell in those years around 20%. The number of students has gone up 7.7% in the general education system (with 575.000 students more, reaching 8 million) and 9.3% in university education (with 114.000 more, reaching a total of 1.3 million).

Budgetary restrictions have meant there is a drought in terms of funding for education. Funds for training teachers have been cut by almost half. Money for educational research has dropped by 43%. And the budget for grants only rose 0.2%, taking into account that the number of students with grants rose, while each one received less money…

Of course not all of this is down to money. There has long been a range of bad habits in Spain’s education system which have not been addressed. This is due to the fact it has been impossible for the two main parties in government, the PP and the PSOE, to reach an agreement.

The laxity in resolving this problem has created difficult situations for young people themselves. Unemployment amongst young Spaniards who have not had a high-school education is running at 30% (17% in the OECD), with only Czechoslovakia, South Africa and Greece ahead.  The problem is that the deficiencies in the education system may – and they definitely will – call the future of our country as an economic, industrial, technological and exporting power into question.