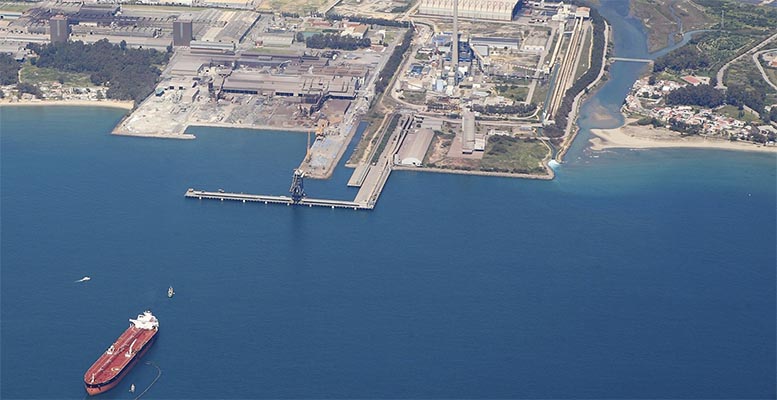 Endesa's port terminal of Los Barrios, in the Bay of Algeciras (Cadiz)

Endesa, within its strategy of energy transition and decarbonization with a firm commitment to the reduction of emissions, has launched a project for the development of bunkering activities (supply to ships of liquefied natural gas, LNG) for maritime transport in its port terminal of Los Barrios, in the Bay of Algeciras (Cadiz). To this end, it has planned an initial investment of around 15.6 million euros, which, after a detailed study and the incorporation of the latest technology on the market, will rise to more than 30 million euros for the adaptation of the installations before 2023. After receiving authorization from the Port Authority of the Bay of Algeciras to extend the concession period of the current facility, the new terminal will have a storage capacity of around 4,080 cubic meters and an annual managed energy volume of 1,100 GWh. With this capacity, the Cadiz terminal would become the main LNG bunkering port station in Spain.

Spain has positioned in 2019 as a reference in Europe in the supply of liquefied natural gas after multiplying by more than three its LNG bunkering operations, with a total of 195 in which a total of 81,704 cubic meters of LNG were supplied, according to data from the sector’s association Gasnam. In terms of the number of LNG-powered ships, there are currently six operating in Spain, four ferries and two cruise ships. In the next two years, there will be at least 11 ships of these characteristics operating in the country.

Some 120,000 ships cross the Strait of Gibraltar every year, of which 30,000 stop over or anchor in the Bay of Algeciras. The location of the Endesa terminal is therefore a key location following the entry into force of new maritime transport regulations in 2020, which have brought about a change in the environmental paradigm in terms of fuel consumption.

The new framework sets the reduction in the percentage of sulphur in marine fuel oil at 0.5%, making LNG propulsion for ships the best alternative from an environmental point of view for ship owners, compared to other fuels such as fuel oil or diesel, which were mostly used. At present, LNG is the fuel that allows the greatest reduction of Greenhouse Gases and the almost total elimination of pollution at the local level.