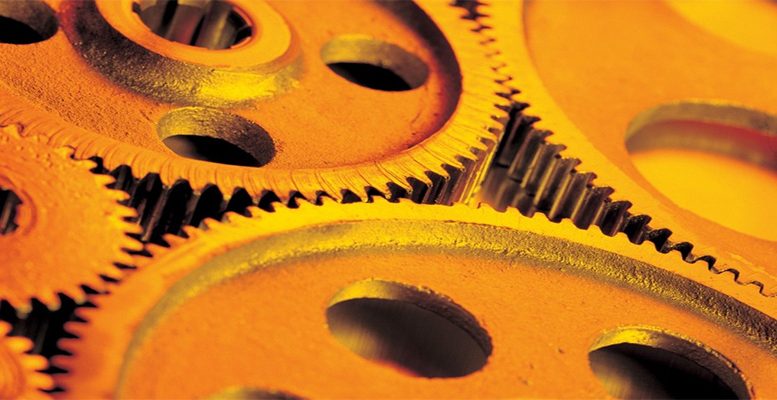 The problem in Spain’s economy: it’s that productivity is hardly apparent in the breakdown of GDP between the amount of work (number of hours worked) and the residue, which is productivity.

What we see in the graphic is very odd: only when the Spanish economy enters into a recession – or contraction – does productivity rise. In other words, it’s only when dismissals increase that productivity increases by the same amount, which is really sad. This can be seen clearly in the two periods when GDP slowed, between 2008 and 2014, when employment has to drop much more than GDP in order for productivity to rise. (Now we’ll talk about this suspicious data).

It’s this phenomenon which has led me to say that GDP is fixed, since the drop in GDP over this period should have been as marked as that in employment, following the historical line. If that was the case, GDP would not be as high today as it is. This of course would be a problem for a whole variety of things, the most important being the relationship Debt/GDP, which would logically be higher. Something dubious was going on during these years, which was not seen in any other country. Will we need to be in a permanent recession to achieve increases in productivity?

Now let’s talk about why productivity is important. If productivity had not increased throughout history, we would still be working the land. That might seem very amusing but it isn’t. Let’s compare the life of an African tribe with that of a an average society like Spain’s. There people need to work all day to get anything they need which we can find by pressing a button or turning on a a tap. Women there, whether they are pregnant or not, need to carry water over long distances while the men go hunting. And there is no certainty over whether the water has been eliminated by a drought or the animals have emigrated. That said, there are a lot of people who are in favour of us going back to living like savages and our children getting sick and starving due to the lack of security in terms of supplying any need which here we have covered. Any cheap ideology, like that of Vegans, is actually an invitation to suicide. (There is no other origin for the increasingly more frequent instances of children dying because their parents refuse to have them vaccinated, something which one day will become an epidemic if this type of culture progresses).

But let’s get a little bit closer to today’s reality: productivity is the guarantee of our children’s future. The more it rises, the more added value or GDP there is to distribute between profits and employment, in line with the contribution each makes. Of course with such little progress in productivity, there can be no demands for salary hikes, as Juan Laborda is doing. He is not taking into account the small detail that productivity accounted for three tenths of a percentage point of the 3.1% GDP growth in the second quarter of the year.

But does the blame lie with workers? Obviously not. It’s the fault of the economic structure we have, which trends strongly towards unproductive activities. It’s everyone’s fault, starting with the politicians, and no-one’s. It’s difficult to assign blame for an issue involving so many unsuccessful protagonists. It’s the fault of interests created as an incentive for keeping things badly organised, like they are. Maintaining the run-down regions, inefficient sources of public revenue which fall on the shoulders of businessmen and workers. It’s also undeniable that blame lies with a desastrous economic culture, which is focused on distribution, not on wealth creation. A culture which has very strong roots in the Middle Ages, with the friars, who encouraged people not to work but to pray and cadge. This disappeared much later here than in other European countries.

We boast about our Spanish mutinationals, successful overseas, and with reason. But it has to be said that these companies are on the hunt for more productive cultures, less agressive tax environments. So they are not really a sign of our triumph, but of what we would be capable of doing in another cultural evironment and social structure more orientated towards productivity.