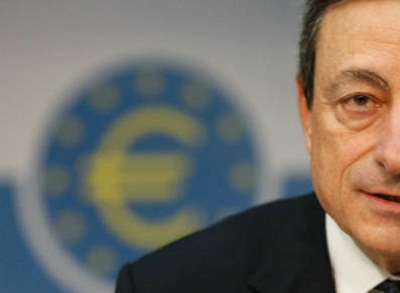 MADRID | Risk premium is attaining no-return levels. But this time any prospect of bailing out either Spain or Italy seems utterly out of reach. The EU rescue fund simply lacks enough muscle. Its depleted coffers are unable to provide any sustainable respite to the on-going crisis. Even if it had the money, it is highly questionable it would thwart the current wild burst of uncertainty now raging on uncontrollably across Europe. A frantic and panicky intervention would only lead to sheer disarray. For all the budgetary problems these countries face, casting further doubts on their ability to overcome them would feed into a lethal debt discomfiture.

Uncertainty over the Greek economy’s and the euro’s future, following failure to set up a government ready to implement the harsh agreed plan, will severely unsettle the situation in weeks to come. But gross mismanagement of the banking shortcomings in Spain has added extra pressure. The successive rounds of increasingly stringent solvency requirements have shattered any trace of confidence. Investors are flying from a country that fails to provide the slimmest reassurance as to the fair value of its financial institutions.

The strategy to impose a tough pre-emptive medicine has backfired, leading the market to lose all faith on balance sheets. Disaster looms as authorities caving in to European Central Bank demands have pledged to conduct an in-depth valuation that will take as much as two months to be completed. By that time, most banks might turn out to be dead.

If euro zone disintegration is to be prevented, the ECB has to swiftly engage in unrestrained buying of sovereign bonds from countries in sharp difficulties. Cutting short the current hike in interest rates stands as the most pressing task to avoid crisis from getting out of control. The central bank should also openly support strained financial institutions by flooding them with short and medium term liquid assets. Its reckless attitude plus the ill-judged moves undertaken by the authorities have plunged the Spanish sector in a shambles. A credible firewall should be raised without delay. Otherwise it might be too late to defuse a collapse that would send violent shock waves across Europe and beyond its boundaries.

Be the first to comment on "What is the European Central Bank waiting for?"