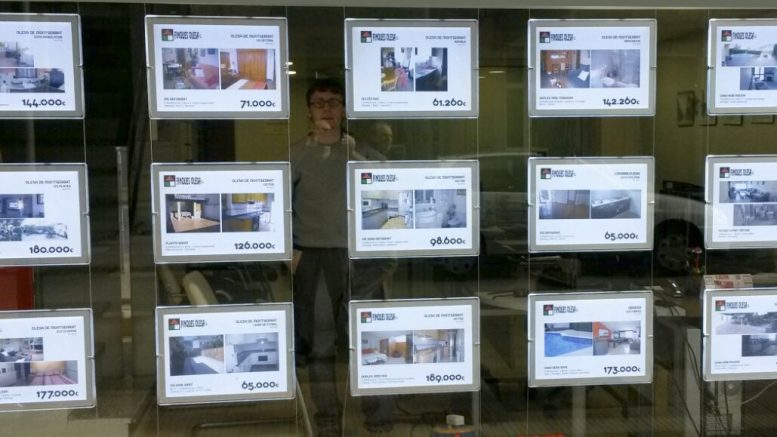 Rising house prices is a common phenomenon in many countries

After reaching a low point in 2014, house prices in Spain have now been on the rise for several years. This growth is especially pronounced in Spain’s major cities. In Q1, house prices in Barcelona and Madrid grew by 8.2% and 10.3%, respectively, well above the 2.7% average for Spain as a whole. As noted by CaixaBank’s strategists, this notable increase in house prices in major cities, especially if compared with the price trends in other areas, is a common phenomenon in many countries.

In fact, a recent report by the IMF confirms that synchronisation in the price of housing among major cities in the advanced economies has increased in recent years. In particular, global factors currently account for 30% of the growth in house prices, well above the 10% which they accounted for in 1971.

What is the cause of the global synchronisation of house prices?

In order to understand what is behind this global synchronisation, it is useful to recall that housing can be used for two very different purposes (which are not necessarily mutually exclusive). One of the functions of housing is, of course, to use it as a place of residence, above all by the local population. However, it can also be used as an asset in which to invest savings.

For experts from CaixaBank, if we focus on housing as a residential asset, the synchronisation in its price at a global level could be explained “by the convergence between countries in the economic foundations that underpin the supply and demand for housing at the local level, such as demographics, the economic cycle and construction costs.”

On the other hand, in the case of the demand for housing as an investment asset, the synchronisation in prices “may emanate from global financial conditions.”

Specifically, in an environment with low interest rates such as the current one, investment in real estate could account for an increasing portion of international investors’ portfolios.

Although both factors influence price synchronisation, various analyses suggest that the financial conditions are playing a significant role in the current expansionary phase of the real estate sector, particularly in the major cities of countries that are more open to foreign investors. Within the real estate sector, cities tend to be the most liquid submarkets, and it is also relatively easier to obtain information on their current status and future prospects compared to other submarkets.

What are the implications of the global synchronisation of house prices?

In Spain, the dispersion of prices between the major cities has also increased since 2014 (see the chart attached below), which may be partly due to the synchronisation of house prices at the international level in cities such as Madrid and Barcelona, which are focal points for foreign investment. In fact, in 2017, real estate activities attracted 1,982 million euros of net foreign investment in Spain, 33% more than the amount recorded in 2016. In addition, residence permits granted to non-EU investors who invest at least 500,000 euros in real estate – the so-called Golden Visa- doubled in 2017, reaching 2,905 residence permits. These were mainly issued to Chinese (997) and Russian (797) nationals.

The synchronisation in the price of housing between cities such as Barcelona and Madrid and major global cities is indicative of their international appeal, not only in terms of the real estate sector but also in terms of quality of life and business development. However, the increase in house prices that accompanies this appeal presents a challenge when it comes to ensuring the accessibility of housing for local residents in these great cities.