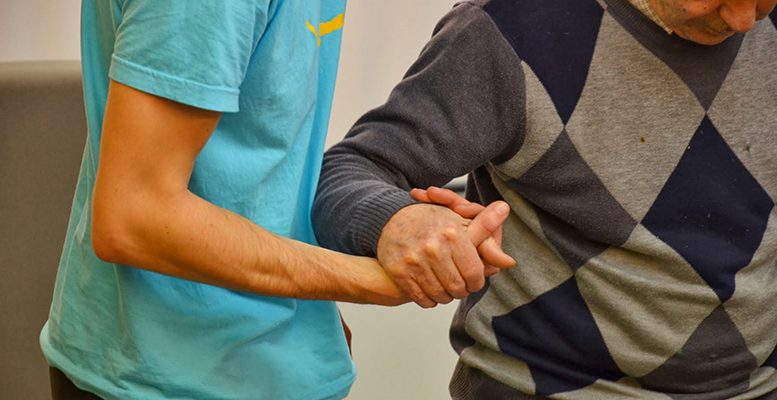 Emilio José González González via The Conversation | How many immigrants does Spain need to be able to pay the pensions? To put a figure is easy. The IMF, in an analysis entitled Challenges Beyond Financial Sustainability, concludes that 5.5 million immigrants will be needed between now and 2050, equivalent to 21% of the current population.

That said, it is not enough. The IMF, in fact, establishes a second precondition for being able to maintain pension sustainability to increase the level of employment to 70%, from the current 60%. It will not be easy: it implies creating millions of jobs, as well as increasing the effective retirement age from the current 62.7 years to get closer to the legal retirement age, which will be 67 in 2027.

To increase the effective retirement age is possible due to the ageing population beginning to leave companies without minimally qualified personnel. The Germany experience, with a much more aged population than Spain, shows that, when qualified workers are lacking, companies do all they can to retain those they have. They even invite them to maintain their work links with the company through active retirement systems, like the “Space Cowboys” programme – the same title as the Clint Eastwood film which inspired it – which Daimler set up in 2012.

Other major German companies, like the technological conglomerate Bosch, pioneer in incorporation of seniors, Otto Group, the largest catalogue sales company in the world and one of the leaders in e-commerce, Fraport, the operator of Frankfurt airport, or Trumpf, manufacturer of laser cutters, to give just some examples, have similar programmes.

That said, skilled labour is always scarce, when workers are not replaced by artificial intelligence (AI) systems. This is the problem, given that 52% of current jobs in Spain could disappear in the next few years because of automation, according to an estimate by the OECD in its report How´s Life in the Digital Age? Opportunities and Risks of the Digital Transformation for People´s Well-Being. This affects the number of immigrants necessary and their employment possibilities. In addition, it raises the question of whether AI systems should pay taxes or social security to be able to maintain the welfare state.

Of course, technological change also implies the appearance of new jobs, but these new jobs require new and more sophisticated qualifications. The question is how many immigrants will have these, given that the entry level jobs slated to disappear are those which imply simple, routine or repetitive tasks. Immigrants´ skills and occupations are crucial to understand their economic and labour impact, as indicated by Etan Lewis and Giovanni Peri in their book Immigration and the economy of cities and regions.

Another lesson that must be taken into account comes from Japan. There, every year 100,000 people have to abandon the labour market to look after the elderly. Japan tries to ease this problem thought the concentration of elderly people in day centres and, above all, through the automation of carer tasks.

In Spain, an immigrant could perform these tasks, given that the necessary qualifications are easy to acquire. Looking after the elderly, therefore, could be an employment niche for less qualified immigrants, for whom probably have to be provided specific training here.

Looking after the Elderly

In this way, immigration becomes an element in the conciliation of family and working life and encourages women to remain in the labour market, given that often they are obliged to abandon it to look after the elderly, as shown in the study Immigration, Family Responsibilities and the Labour Supply of Skilled Native Women by Lidia Farré, Libertad Gonzáles and Francesc Ortega. The permanence of women in the labour market is a question of equality and of improving the financing of social security.

Lastly, it must be asked if the numbers raised by the IMF is acceptable for citizens. Because the positive vision of immigration which Spaniards had fell from 58.7% in 2007 to 46% in 2015, as indicated in the report The evolution of racism, xenophobia and other formers of intolerance published by the Ministry of Employment. And, what is worse, the majority of those surveyed also believes that, by accepting low wages, the immigrants exerted downward pressure on wages.

Of course, these opinions depend on the economic situation at the time. But in a world like the current world, where technological change is provoking the polarisation of incomes, is something that must also be taken into account in designing the necessary strategies on immigration, including integration. In short, Spain will need immigrants to maintain the pension system. Their final number, however, will depend in the impact of technological change and the skills they possess or they are given in Spain.