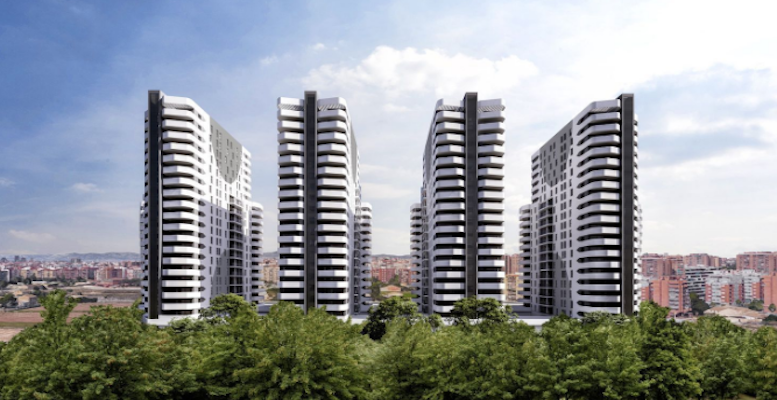 Banca March | Corporate activity in Spain has kicked off the new year in the real estate development sector. The Neinor group, a listed real estate company owned by French fund Orion, yesterday announced the absorption of its listed rival Quabit, creating a giant in the residential development sector. The group resulting from the merger will have a land portfolio with a gross value of some 2 billion euros for the development of 16,000 homes. Also a gross development value -representing future income once the homes included in its land portfolio have been handed over- of some 4.5 billion euros.

The operation implies a 20% premium over the price of Quabit before the purchase was revealed. It will be implemented through a 5.6 million shares’ capital increase by Neinor, representing 7% of its capital. The share exchange will be 1×26 -one Neinor share for every 26 Quabit shares- which will be distributed amongst the current Quabit shareholders. In parallel with the capital increase, Neinor will amortise its own shares (approximately 6% of the capital). This means the dilution for the developer’s current shareholders will be practically non-existent. So French fund Orion (28% Neinor), the Israeli fund Adar (19%) and Bank of Montreal (5.2%), will continue to be the core shareholders of the new merged group. The operation will place Neinor behind Metrovacesa and Aedas in Spain’s real estate ranking. Metrovacesa has land valued at 2.626 billion euros for the development of 36,000 homes, while Aedas has a land bank of approximately 2.16 billion for 15,700 homes.

In addition, Neinor will have its own construction company, Rayet, acquired by Quabit last year from its president and main shareholder. This could provide a plus in efficiency and cost improvement.

The new merged company will continue to be listed as Neinor Homes. It will strengthen its presence in the 6 main residential markets, with the highest volume of demand (Central, East, Mediterranean, North, Eastern and Western Andalusia). And particularly in Madrid and Corredor del Henares where Quabit concentrates almost 60% of its portfolio, and in Malaga/Costa del Sol.

It is expected the merger project will be approved at the respective shareholders’ meetings between the end of March/beginning of April.