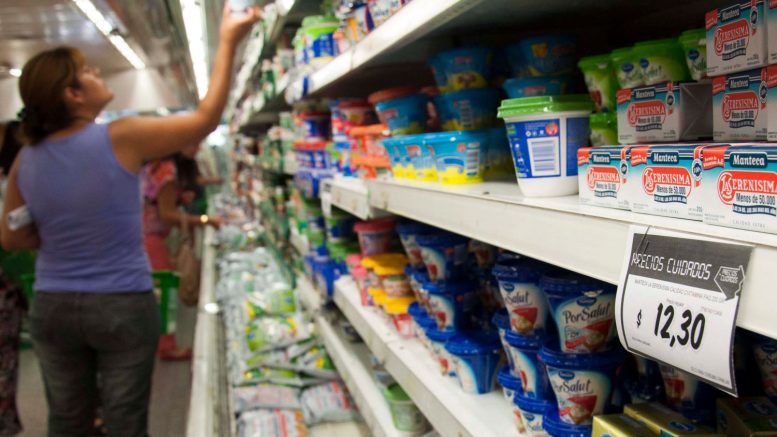 Fernando González Urbaneja | Keynes in the closing pages of his “General Theory…” alludes to the failed ideas of old economists nesting in the minds of new rulers as one of the avoidable mistakes. Old ideas, simple answers to somewhat more complex problems are frequent in politics, due to inconsistency, prejudice, ignorance, lack of experience. The most blatant example is the price of the shopping basket, which has undergone appreciable increases over the last year (16% on average) that affect the CPI and punish those on the lowest incomes.

The fact is clear, the data are convincing. Some of the basic products in the shopping basket have become extraordinarily expensive and deserve a detailed analysis of the reasons why and possible measures to correct them.
The response of the “old, failed ideas” is as automatic as it is simple: controls, intervention? This is nothing new, it has been tried on several occasions: for example, in the early 1970s in Spain (and before that in the United States, under the Nixon administration), with resounding failure.
In those final years of Franco’s regime, the government decreed a price freeze by means of a system of administrative authorisations. The casuistry was abundant and confusing, and its effectiveness null. In some cases shortages were caused and in others products were changed and underwent mutations to evade control.

It was not until the Moncloa Pacts were ratified, during the Transition, with effective policies that proposed competition and freedom as opposed to control, as well as a restrictive monetary policy. Thus, with less noise and better results, inflation dropped below double digits.

Controlling prices in open and competitive markets such as Europe’s is the best way to prolong the rise in prices. Experience shows that effectiveness lies in competition and substitution. The impact of energy price rises on the food chain and its marketing is significant, in some cases rising from 5% of total costs to more than 10%, requiring productivity and efficiency measures that need time to mature and yield results.

Recurring to the explanation that it is the greed of sellers is to return to old and failed ideas, populist and inefficient conspiracy theories that reveal little reflection and less experience.