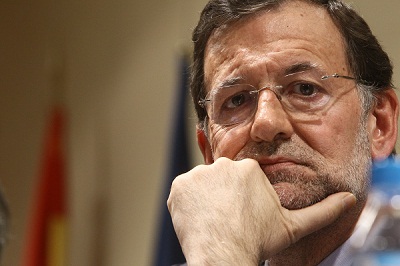 By Joan Tàpia | At the end of 2011 and after taking office, Mariano Rajoy’s government made its first decision: a €15 billion budget adjustment which implied that increasing taxes, especially personal income taxes, was essential –something he said he would never do. During the election campaign, the PP also assured that it would not lower the cost of dismissal. Now, the law-decree of February 11 does precisely this and takes measures that deeply transform the labour market. It was unavoidable.

What could be an initial appraisal of this reform? In a recession, it is impossible that it generate employment. Employers will start to hire again when demand and expectations pick up again, not because a law is changed. And the legal system is not the main issue. When applying the same laws, the Basque Country currently has a 10% unemployment rate (the same average has Europe does) while Andalusia’s has almost reached 30%. But when all analysts say that the imbalance will not be overcome without growth, Spain needs to make the labour market more flexible because the unemployment rate (22%) doubles the European average and the youth unemployment rate (45%) is even more outrageous.

To not reform the labour market –former Socialist president Rodríguez Zapatero did it too late and it cost him a general strike– would not be understood in Brussels or by the market. So, the first impression is not a negative one –with all its risks and unknown variables– as it has been put in place without giving into maximalisms. It does not favour the radical sector among employers since the collective agreements’ validity once their term is completed has not eliminated but limited to two years, nor has the reform given in to claims from some economists (minister of Economy Luis de Guindos, being the first) who promoted the single contract, something risky for a country in crisis with many contract modalities, and allowing temporary contracts to gain much greater weight. Nor are unemployment insurance benefits affected.

There have been no excesses but rather a definite intention of making the market more flexible to allow companies to adapt to the situation. And a landmark decision: going from 45 to 33 days worked per year for unfair dismissal. But unfair dismissal might lose weight and be replaced by dismissal for economic reasons and go to 20 days worked per year. More pressure to accept cuts.

Leaving aside its accidental elements –or the propagandistic corners–, the decree introduces three types of changes. The first type is the creation of a new contract for SMEs (companies with fewer than 50 employees which make up most of the country’s production network) which can be described as ‘open-ended’ and is characterised by many bonuses and perks. It could actually operate as a new type of temporary contract since the trial period without compensation is one year. Much of the hope that the labour reform will create jobs in the short term lies in the appeal of this new contract. This measure appears to be correct but it is far from what it is proclaimed to be: a serious step toward doing away with temporary/seasonal contracts.

The second change consists in giving priority to company agreements and allowing firms to ‘disconnect’ from general level agreements when the company needs, in order to survive, to do so. And it will be possible to do so when sales drop in two consecutive quarters. Grosso modo, this will allow companies to reduce salaries in order to avoid dismissals. With this change, jobs will not be created but perhaps it will put a brake on the destruction of employment. In some large companies, and in some medium-large ones, the agreements are being adjusted downward and this is something to which –as the chairman of the Spanish Confederation of Business Organisations CEOE Joan Rosell acknowledges– Mr Zapatero’s reform had already opened the door.

The third change is the most risky; it will not be popular and although it is understandable that labour unions oppose it, it is unavoidable if –as many reputable economists such as the Keynesian Nobel Paul Krugman to start with– our economy’s biggest problem is the loss of competitiveness. Before, when faced by this problem, one devaluated the currency. Since now this mechanism isn’t available, one must resort to what is known as ‘an internal devaluation’. From now on, companies will be able to dismiss at a cost of 20 days per year worked, when they suffer losses during three quarters. And the required Headcount Reduction Plan (ERE being the Spanish initials) will not be subject to prior administrative authorisation which, in practice, made the severance indemnities cost more than just the 20 days per year worked. This could cause –in the middle of a crisis– layoffs to soar and it constitutes also a serious pressure on the unions that will be forced to accept salary cuts, part of an internal devaluation.

If the thesis of the loss of competitiveness and the need for an internal devaluation is true, bringing salaries in line with the companies’ situation would not be negative although in the short term it would increase unemployment. The unions argue that the salary cuts will cause internal demand to drop and will put a brake on activity or even boost a recession. And it’s true that a devaluation was a joined decrease of prices and salaries compared to the rest of the world and that it is not guaranteed that a decrease in salaries will involve a parallel decline in prices.

In this scenario, the purchasing power of the population would be more affected than with a classical devaluation, which would support the unions’ theory. True courage. We shall see if in the next few months the creation of employment through the application of the new contract formula and the preservation of employment through the ‘opt-outs’ of collective agreements are worth the increase in unemployment in the short term that the cheapening of dismissals will cause in the middle of the crisis.

If the answer turns out to be ‘no’, the government will suffer because its political credit is low. In the January survey, Mr Rajoy’s government had caused a good impression on 40% against 33.8%. But 59% of those surveyed said that they had little or no trust in the president of the government. And in El País’ February barometer (carried out shortly after) distrust of Mr Rajoy leaped to 66% and that of his government was the same. It was approved by 40% and disapproved by the same percentage. And although the PP, to the contrary of what happened to the PSOE, did not lose voter intention, the impression of the government was somewhat negative (47% vs. 45%).

Mr Rajoy might make mistakes but, as his legend puts it, he makes decisions. And making the labour reform before the elections in Andalusia requires a certain degree of courage. Maybe this is what Brussels needs to soften the deficit objectives for 2012 and then the second adjustment (when the budget is sent to parliament) will not be a harsh supplementary punishment to a very bad economic situation. It is understandable that the unions –that for now are not adopting extreme positions– oppose the reform. They cannot accept losing power in the collective bargaining process nor in the processing of the downsizing plans. And the PSOE shall not contradict the unions.

Out of power, the Socialists have fewer reasons to approve the labour market reform than the PP had when supporting the pension reform of 2010. And at the time, the PP, out of pure electoral calculation, opposed it head on. He who lives by the sword… But for the PP, and for the economy, the key is that the reform must work in the medium term and help update the production model. In the meantime, 2012 shall be a bumpy year.

Be the first to comment on "When president Rajoy makes decisions"