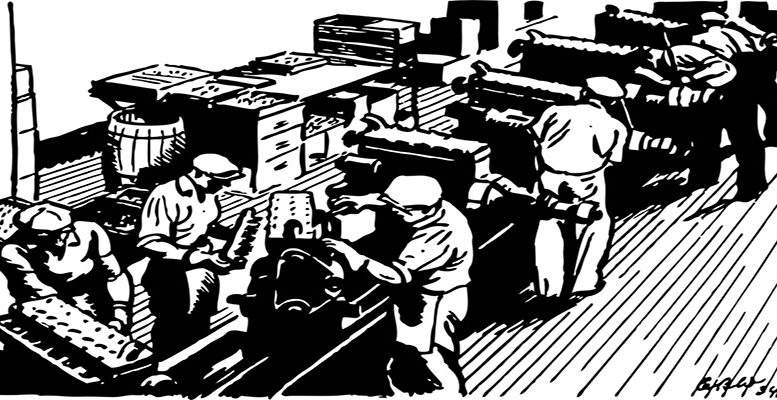 The average gross annual wage stood at €21,519 in Spain in 2021, up 4.9% from €20,503 in 2020. The increase is the highest recorded since 2008, when they grew by more than 5%, but it is still far from the rise of 2007, when salaries were revalued by 7.3% just before the financial crisis broke out. However, behind this figure there is some small print, which is analysed today by the newspaper El Economista.

The data is extracted from the statistics ‘Labour Market and Pensions in Tax Sources’ of the Tax Agency (AEAT), which blames the rise on two issues: the return to normality after the pandemic that caused strong growth in the economy (+5.5%) and the increase in inflation, which in December 2021 soared to 6.7%, the highest increase in 29 years, and which closed the year at an average of 3.1%, its highest level in ten years.

The statistics indicate that the number of wage earners in 2021 was 18,974,247. According to the tables shared by the AEAT, of these more than four million (1.8 million men and almost 2.2 million women) were paid below half the minimum interprofessional wage (SMI) and 3.3 million had an income of, at most, a minimum wage, which last year was 950 euros in 14 payments. This means that the salaries of the former barely exceeded 6,680 euros per year and those of the latter stood at 13,300 euros. Between the two, they account for 37.9%.

The table shows that the 10% of Spaniards who earn the highest salary (decile 10, 70,563 euros) enjoy a salary almost five times higher than that of the 10% with the lowest salary.

In terms of average salaries, the inequality is also evident: those of men amounted to 23,724 euros and those of women to 19,011 euros. Men earn on average 19.8% more.