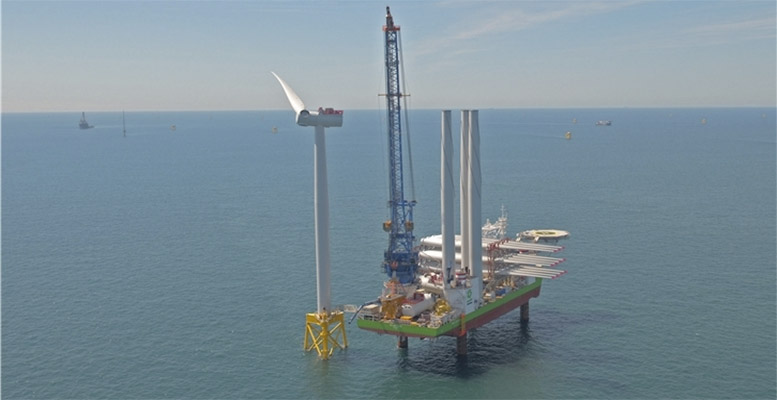 The Ministry for Ecological Transition has published the draft roadmap for offshore wind and marine energy, which sets the objective of achieving between 1-3 GW of floating wind power by 2030. If this objective is achieved, Spain could contribute up to 40% of the European target (7 GW by the end of the decade).

The draft includes 20 lines for action to turn the country into a major European benchmark for technological development and R&D in the different technologies and to strengthen the powerful value chain of the national industry, which is already a global leader. In addition, it will guarantee an orderly deployment of facilities in territorial waters that is respectful of the environment and compatible with other uses and activities. It will also take advantage of its implementation to improve knowledge of the marine environment.

Amongst other measures, the needs of port infrastructure will be assessed, with an estimated investment requirement of 500 million to 1 billion euros; a new, clear and predictable regulatory framework for the activity will be established, and at least 200 million euros in aid for R&D will be made available until 2023.

Looking ahead to 2030, a target is set to achieve between 1 and 3 GW of floating offshore wind and up to 60 MW of pre-commercial offshore energy, such as wave and tidal power.

Spain is a global wind power leader, both in terms of equipment manufacturing and energy generation. With 27.5 GW of installed power on land, it is the fifth largest country in the world, behind China, the USA, Germany and India. It also has a shipbuilding industry, a maritime-port sector and technological and engineering capabilities that have already made the country an international benchmark in the value chain of offshore wind installations. However, offshore wind as a technology has hardly been developed in Spain due to the high depth of territorial waters for projects with fixed foundations -inviable from a depth of 50 metres-, which is the technological solution that has been consolidated until now.

However, Spain is a strong player in the emerging floating solutions for offshore wind farms: of the 27 identified globally, seven are Spanish. It is also the European country with the most R&D facilities for floating wind and other offshore energies, such as the Oceanic Platform of the Canary Islands (Plocan) and the Biscay Marine Energy Platform (BiMEP) or the Experimental Area for the Use of Marine Energies in Punta Langosteira (La Coruña), the world’s second largest test bed for wave energy.

To facilitate the implementation of the roadmap, in addition to the mentioned 200 million for R&D, there are numerous funding programmes, both European and national. Among the latter, the instruments managed by the Centre for the Development of Industrial Technology (CDTI) and the Institute for Energy Diversification and Saving (IDAE) stand out, while others, such as the issuing of green bonds, may be incorporated.

The deadline for submitting comments on the Roadmap is 6 August 2021.