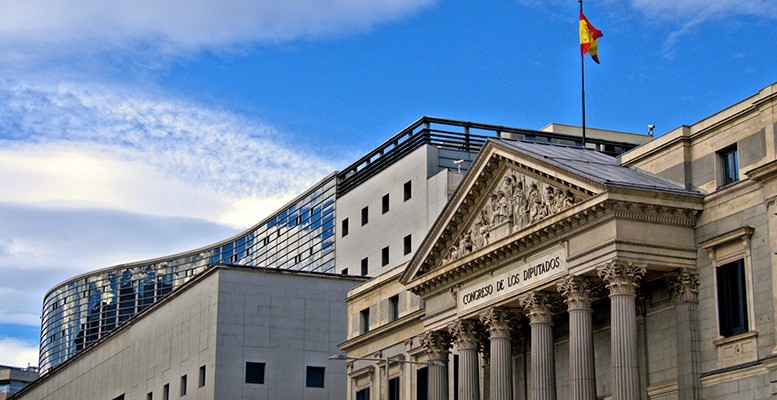 Fernando G. Urbaneja | One of the values of Spain’s democracy over the last forty years has been left behind following the general elections: namely, political stability. Now the Spanish political scenario resembles more that of Belgium than Germany. The results obtained on December 20th have disappointed all parties’ expectations with respect to their calculations on the make-up of the new parliament, leaving them in the dark on how to form a stable government.

Spain is now embarking on a process of instability, of volatile politics. A  new political map will emerge from all this, but it still to be drawn up. For the time being, voters have just given the board a good shake. The pieces have been shuffled around and are looking for a new arrangement.

The only combination which would be sufficient to create a majority government is the most unlikely, which looks dangerous for both its components: a major coalition government, in the German style, involving the two big traditional parties.

They would have a total of 213 seats between them, more than two-thirds of the house, which would allow them to embark on all the reforms needed to refound, update and modernise Spain’s institutional system, including the Constitution itself.

But neither the people who control the two parties nor their programmes make any such agreement easy; the leaders of both parties will need new skills and talents to reach a compromise along the lines of the current one existing in Germany. It’s not impossible, but it’s highly unlikely.

No-one has taken responsability for the two competitors’ overall disasterous showing. No leader resigned last night to give other capable people the opportunity to manage the new situation in Parliament.

After losing 3.7 million votes (15 points), Rajoy’s PP is proposing trying to form a government with its 123 MPs, a clearly insufficient number. Its first option for striking some kind of agreement is the new centre party Ciudadanos, 40 seats (below expectations). But the combined number of seats is still insufficient for a majority (163 seats, 14 less than needed). And the possibility of taking more partners on board, even if just for the Prime Minister’s investiture, comes at a very high price.

If the PP fails, this would fuel an internal crisis, but would also open up a possibility for the Socialists and their 90 MPs. They would have to form an alliance with the emerging far-left party, Podemos, an adversary who is challenging their identity on their home turf.

Podemos has been the big winner in the elections with 69 MPs distributed between four national parliamentary groups (the Catalans, the Valencians, the Galicians and the national party), which implies a risk of a lack of discipline.

But they could not even govern with them. Opening the door to new nationalist groups (Basques or Catalans), given the current backdrop of territorial tension in Spain, would be suicide for the socialists.

What happened yesterday in Spain is very much like the primaries, when there are votes for and against; a big chunk of the votes for the new parties are on loan, with the aim of kicking out the traditional parties who have failed. But these are volatile voters who could change their mind at the first opportunity.

And that could happen soon, in April if no-one forms a government and some months later if the coalitions don’t work.