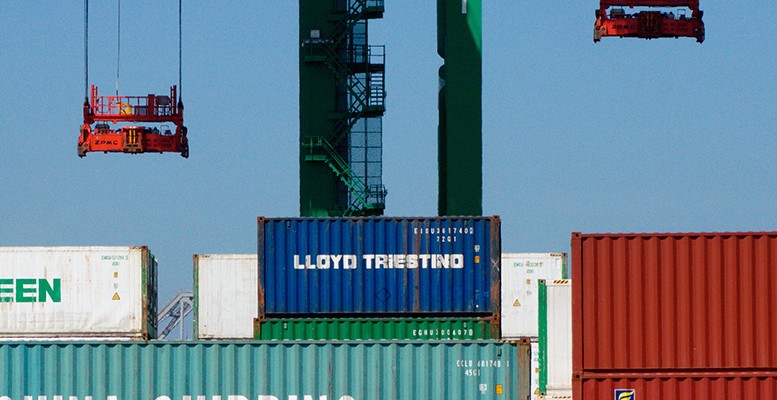 Allan Bollard via Caixin | Concerns about the impact of global trade and growth on environmental protection and sustainability, and vice versa, are longstanding and not without cause. Yet, the advancement of these 21st century priorities is not an either/or proposition. To the contrary, they can and must go hand in hand.

The fight against climate change exemplifies the significant role that greater interconnectivity of people and markets, and trade between them can play in fostering a more prosperous, secure and sustainable world economy. Fully harnessing these forces is critical as focus shifts from the negotiating table in Paris to the complex implementation work needed to curb global warming.

The 21 diverse Asia-Pacific Economic Cooperation member economies, accounting for 3 billion people, half of global trade, 60 percent of total GDP and much of the world’s greenhouse gas emissions, are firmly committed to the success of this effort. Their mobilization to this end comes a year after the China-United States climate change deal clinched alongside the APEC Economic Leaders’ Meeting in Beijing and incoming APEC chair Peru set the stage for a Paris breakthrough in hosting the COP20 in Lima.

Energy officials from the region collaborating this week in Honolulu and science, technology and innovation counterparts meeting in Chengdu are among the ranks now actively furthering this wide-ranging and ambitious endeavor.

In the first instance, building mutual capacity to deliver means ensuring that the tools for increasing renewable energy use, enhancing energy efficiency and cutting emissions are within reach. The push by APEC economies to reduce their tariffs on 54 environmental goods such as solar panels, wind turbines and air pollution control equipment to 5 percent or less by year’s end is a move in the right direction.

Making good on this landmark commitment would help to lower the cost of these goods for consumers, improve their mainstream potential and, along with new work to boost services providers that use them, better position the region to meet its targeted doubling of renewable energy by 2020 and 45 percent reduction in energy intensity by 2035. It would also provide momentum for the Environmental Goods Agreement talks under the World Trade Organization whose ministers are convened this week in Nairobi.

Such inroads stand to benefit business development and open up new sources of economic growth. Already, the APEC list of 54 environmental goods alone accounts for around US$ 300 billion in trade within the region and US$ 500 billion worldwide. What is more, the total market in environmental goods and services is expected to double to US$ 2 trillion within five years, fueled by increasing global energy consumption and efficiency and environmental protection requirements.

Keeping up with demand partly comes down to innovation supported by parallel work to address emerging trade and investment issues like network access, secure data flows and intellectual property protection that drive sector development, job creation and growth. The incentives to act are not limited to the wealthy. It also applies to developing economies playing a greater role in industry production chains while opening the door for small firm participation in them among economies of all stripes.

Meanwhile, there is a need to put in place the right support infrastructure, particularly in fast-growing urban areas, which account for up to 80 percent of energy consumption and 75 percent of emissions in Asia, according to the Asian Development Bank. Mustering capital for projects such as next generation transport, building and grid development is one aspect of this challenge. Getting the ideas together to seed them is another.

Focus in APEC is on facilitating public-private financing to bridge the region’s US$ 8 trillion infrastructure investment gap this decade alone. Member economies are meanwhile laying the technical groundwork for new projects under a multi-year energy smart communities initiative. More efficient and resilient energy infrastructure, greater integration of renewable energy including through cutting edge fuel-cell technology, large-scale use of plug-in electric vehicles, and the adoption of energy-saving high insulation windows and heat deflecting building materials are just a few of the measures being advanced.

Workforces must meanwhile be compatible with the needs of green industries and business practices, and be in a position to take advantage of new economic opportunities they bring to the fore. The creation of training and certification programs for designers and installers of solar photovoltaic rooftop systems, the development of a network of clean transport and supply chain support centers, and cultivation of low-impact tourism guidelines and development resources are examples being jointly pursued in the region, together with the private sector.

For new technologies and approaches to take off, however, there is still the matter of securing buy-in across governments, businesses and the public. Proving that they work and are worth all the trouble can help to facilitate things.

A growing network of APEC low-carbon model towns is serving as a real world testing ground and revealing some encouraging findings. Notably among them, a feasibility study of new measures in San Borja, Peru, among the most recent program participants, indicates that it could exceed a targeted 15 percent reduction in carbon emissions by 2021 and help duplicate the results across 42 municipalities within Lima Province – home to nearly 10 million people.

The implications for copying such outcomes across the region are potentially huge. Collectively, APEC economies account for 60 percent of energy consumption globally as well as seven of the top 10 greenhouse gas emitters who together produce around 70 percent of the world’s total, the World Resources Institute reports.

Strengthening economic and technical bandwidth to root out inefficient subsidies for fossil fuels that promote wasteful consumption and an uneven playing field for alternatives, rampant exploitation of forests and corruption that undermines environmental protection regimes are concurrent priorities. Open exchanges of data, policy experiences and best practices can be a great equalizer in these regards and underpin deepening cooperation between APEC economies to address them.

The potential benefits of progress on these fronts are juxtaposed against the costs of inaction. For a region that is an engine for the global economy but incurred over US$ 100 billion annually in natural disaster-related losses over the last decade, exacerbated by the rising frequency and severity of them due to climate change, the need to deliver the latter is a matter of obvious urgency. Whether from an economics perspective or an environmental one, any way you slice it, it is in the world’s best interest to follow suit.