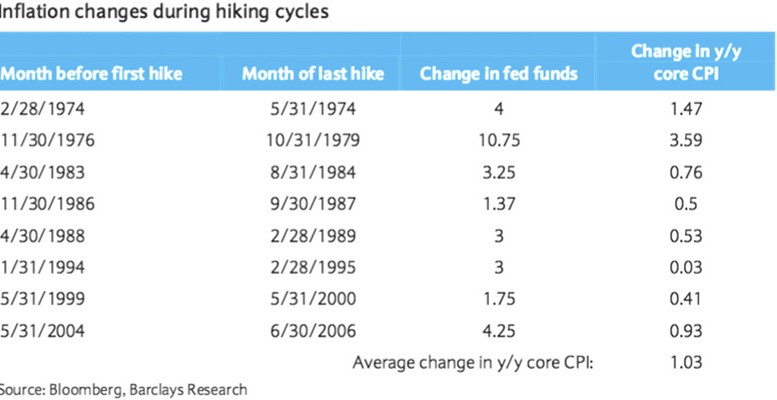 BARCLAYS | We expect the turn of the calendar to bring a brighter tone to the TIPS market as many of the headwinds from 2015 begin to fade. The carry outlook should be positive after February, y/y headline CPI should move up sharply and concerns over a monetary policy error have receded with the Fed’s dovish hike. Inflation has risen in all hiking cycles (back to the 1970s) and we expect the same this time, whereas the market is priced for a drop from the recent trend in core. Front-end US breakevens have persistently traded unusually cheap to fundamentals, and the TIIApr16s remain the most attractive on the curve. We also believe that long forward real rates appear attractive and recommend positioning for real curve flatteners hedged w ith energy futures .

Given that the ECB ’s latest policy decision does not appear convincing enough to push the EUR lower, we see the recent bullish momentum in euro breakevens as unlikely to be revived in the short term. Into year – end, w e therefore expect breakevens to extend the bearish correction triggered after the policy decision. At the short-end, we also find peripheral linkers unattractive in asset swap.

The UK DMO has announced that it plans the final syndicated offering of FY 15/16 to be a sale of a 40y+ gilt linker. In our view, a new 2065 issue would make more sense than a curve extension beyond 2068. UK linker asset swaps have corrected richer from their cheapest levels since the financial crisis and while they are structurally cheap we do not think there is scope for a further sizeable rally before year-end.

In Japan, we believe breakevens are likely to stay in a range around 80bp until the next JGBi auction. We look for breakevens in the US to move higher first and drive a repricing in Japan.