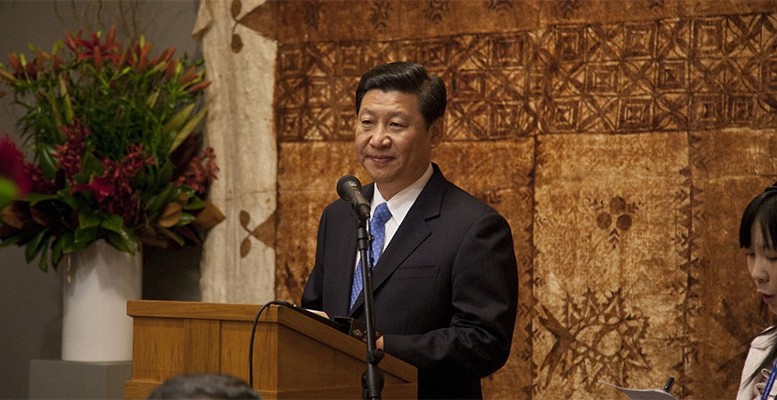 Muhammad Zulfikar Rakhmat |  Since their announcement in late 2013 during Chinese President Xi Jinping’s visit to Indonesia and Kazakhstan, the New Silk Road Economic Belt and the 21st Century Maritime Silk Road—also known as “One Belt, One Road” (OBOR) initiative—have been under intense scrutiny among academia and policymaking circles in China and around the world. In fact, during a press conference after a Chinese parliamentary session, Foreign Minister Wang Yi dubbed the project a primary concentration of Chinese foreign policy in 2015.

As a key element of the new Chinese government’s narrative, the Silk Road Initiatives have not only become China’s major priority, but they have also drawn significant attention from overseas, especially from neighboring governments.

In spite of the earnestness with which many countries are taking the projects, Arab Gulf countries have so far been averse and unenthusiastic in responding. Even though there have been growing discussions in the mainstream press, there are few thoughtful studies in the Gulf Cooperation Council’s (GCC) academic community on China’s Silk Road Initiatives, nor any serious discussion at the governmental level.

The issue has been relatively neglected from the official Sino-GCC discourse. This might be down to the fact that there is a lack of clear inclusion of GCC countries in these initiatives, along with the immaturity of the project, which seems to require a long time to take shape. Additionally, there is a possibility that Gulf governments may have undervalued the importance of the OBOR, and in doing so could miss a great prospect to profit from a mutually beneficial partnership.

Even though the Silk Road Initiatives need further fleshing out and certain mechanisms to be established, their possible implications for the Gulf region are difficult to be overlooked. At the same time, the GCC could play a prominent role in China’s efforts to revive these ancient trade links. These roles seem to have been acknowledged by Beijing, and this was evidenced by President Xi’s speech during the sixth ministerial conference of the China-Arab Cooperation Forum in which he urged Arab governments to take part in the realization of its Silk Road Initiatives.

It cannot be denied that the core dynamic to determine the nature of present China-GCC relations appears to be the salience of trade and investment issues, which have come to dominate the bilateral agenda and the terms of cooperation between China and the Gulf countries to a great extent. China has become the GCC’s largest trading partner, and the two-way trade reached over $241 billion in 2013. This trade interdependence should be a fundamental incentive for GCC countries to exert more attention to and engage in the Silk Road Initiatives. Since trade is considerably dependent on transport infrastructure, these initiatives will have significant implications for the Sino-GCC partnership.

It is argued that the long distance between China and the Arabian Peninsula has been a physical hindrance to unpacking the real potentials of their relationship. As the Silk Road Initiatives focus on boosting transport and connectivity infrastructure, there is considerable potential to expand and expedite the travels of commodities between the GCC and China, as well as to ease energy import, since China relies heavily on sea transport to import most of its energy needs.

Aside from the advantages of the faster movement of commodities, the GCC could also benefit from taking part in the Silk Road Initiatives. Even though the OBOR is a Beijing-led project, it is impossible for China to do everything by itself. Instead, global participations and contributions are needed. In this context, GCC states have a significant part to play and much to gain. As the region holds the world’s largest oil and gas reserves, the GCC is expected to be the major suppliers of China’s growing demand of energy, particularly for the implementation of these initiatives.

Not to forget, the GCC is also predicted to benefit from Beijing’s investment in these initiatives, which is estimated to be at $1.6 trillion. In April, China decided to open the GCC’s first renminbi clearing center to facilitate Gulf companies to use the Chinese currency to do business with their Chinese counterparts. These positive economic prospects should be enticements for GCC countries to embrace China’s Silk Road Initiatives and expedite the negotiations to reach a free trade agreement (FTA) with the Chinese.

China’s Silk Road Initiatives could have a positive impact for regional peace and security in the Gulf. On its route to Europe, these initiatives encompass some of the most unstable countries and regions in the world, including Central Asia and the Middle East—areas that have security importance to the GCC.

As the Silk Road Initiatives unravel, China is likely to face different security hindrances, requiring the government in Beijing to play a more active role in these issues, or at least pressuring relevant stakeholders to resolve their rivalries to safeguard its interests. This has been reiterated by China’s special envoy to the Middle East, Gong Xiaosheng, who believes the OBOR project could be a key to the Middle East’s peace problem. During his visit to Palestine in April, Gong verbalized his aspiration for the OBOR to act as a stimulant to advance stability and propel economic development.

Moreover, the Asian Investment Infrastructure Bank (AIIB) could also serve as a catalyst in consolidating regional factions, while at the same time providing necessary funding for the implementation of the OBOR projects. Most GCC member states, except Bahrain, have joined as associate members. Being part of the AIIB not only offers these countries a way to Chinese lucrative investments, but it will also consolidate them under shared economic aspirations.

Likewise, an all-inclusive Middle East participation in the OBOR project will significantly contribute to the minimization of youth unemployment and untwine unbalanced development growth in the region. In this manner, the project will go a great distance in the direction of solving root causes of instability.

In recent several years, Sino-GCC ties have been strengthened by people-to-people exchange. As the partnership between the two sides has grown considerably, both sides have come to recognize the significance of cultural and people-to-people exchange to overcome linguistic-cultural barriers. Despite that, there has not been a robust mechanism established to further the cooperation in this particular field. In this regard, the Silk Road Initiatives are well-timed, as they pledge to add substance to people-to-people cooperation mechanism.

If referring to historical context, the notion of “Silk Road” was not limited to trade connections, but also possessed considerable cultural importance. It functioned as a bridge for the exchange of Western and Eastern civilizations, taking Chinese silk and Confucian teachings to far-away Europe while bringing Western science to the Chinese land. Undeniably, these interactions left profound traces on the advancement of both societies and civilizations.

In a similar sense, the new Silk Road Initiatives could serve as a cultural hub between China and the GCC, which must not only considered as “two markets,” but also as “two civilizations.” To date, discourses on these initiatives largely concentrate on economic issues, with the United States’ suspicions over the probable geopolitical repercussions, along with others putting emphasis on economic interests. In reality, however, the importance of the Chinese projects goes outside the tight economic concerns and political issues. It is predicted to light up new prospects and potential for international integration.

As recently initiated projects, the Silk Road Initiatives are still in need of strong and effective formulations. Realization will take even longer, considering the gross scope of the initiatives and the possible political-security challenges that lie ahead. This, however, does not mean that GCC leaders should depreciate Beijing’s fortitude to realize the initiatives and the potential implications for the region. As elaborated, the Silk Road Initiatives have considerable implications for the GCC and for Sino-Gulf relations in different spheres. In this regard, Gulf states are not strangers, but important players in the projects.

For China, the GCC’s main role in the Silk Road Initiatives is to provide the much-needed energy sources and to open new markets, as well as opportunities for China’s excess industrial capacity. Simultaneously, the GCC region could serve as a hub to expand both its economic and political footholds in the wider Middle East, Africa and Europe. Unlike its regional neighbors, the Gulf’s strategic value is further boosted by its fairly stable and peaceful disposition.

As reciprocal China-Gulf relations are expected to continue flourish in the coming years, the GCC will likely be under intense pressure to delve more in China’s Silk Road Initiatives. It seems that the time has come for GCC governments to ponder about how to seize the benefits of these initiatives to revamp its ties with China.