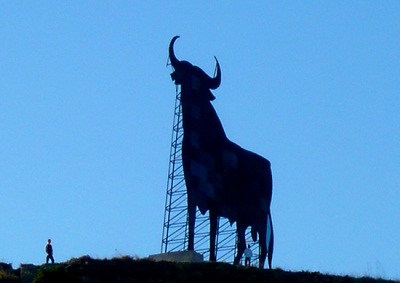 MADRID | After the national office for statistics in Spain confirmed everyone’s suspicions about the country returning to recession, with a -0.3% economic contraction versus expectations of -0.4% , a note from BBVA research team on Spain’s strengths could come handy as a reminder that the #spanic would be still avoidable and this Espan-hole could be safely closed.

BBVA analysts explained in its monthly report aptly headlined ‘Leaving stereotypes behind‘ that in Spain productivity per employee has soared in Spain by 11.1% since the beginning of 2008, the largest increase among euro zone countries. The working week in Spain has increased by 2.6% since the crisis broke, whereas in the OECD it has actually decreased overall. Productivity per hour has gone up by 8.3% (the second largest rise in the euro zone).

Even wages have recently been supporting the increasing competitiveness trend, according to the paper. Salaries have been growing more slowly than productivity since 2009 and have remained roughly constant (+0.1%) since the end of that year, whereas the average growth in other euro zone countries is 3.7%. The inflation differentials between Spain and the euro zone have been favourable to Spain for the last few years.

Unit labour costs have been plummeting since the beginning of 2009, helping Spain recover from past losses in competitiveness: between 2001 and 2011, the ULC in Spain increased by 21.7%,  just 2pp above the 19.7% average increase in the eurozone, but below the figures registered in France, Finland, Italy or the UK, among others.

Also, since 2008, Spain has been outperforming every eurozone country in export growth (with the exception of Estonia): 9.5% vs 1% in the eurozone.