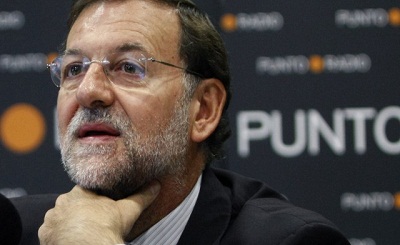 MADRID | No one expects incoming governments to keep promises entered while campaigning to cajole voters. But Rajoy’s performance does merit a place in the Guinness record book. Didn’t he adamantly bind himself never to facilitate lay-offs? Didn’t he commit himself never to increase taxes? People can understand he may break pledges when confronted with a dismal economic scenario. But they have good reasons to feel frustrated at the hectic way the Spanish government draws unnecessary red lines it doesn’t hesitate to cross the day after.

The VAT hike has come as a shock. After all, up to the eve, government had flatly denied that such a move might be in the pipeline. The budget currently discussed in Parliament even justified the highly controversial fiscal amnesty as the only remedy to avoid an increase in VAT. Finance Minister Montoro both in opposition and in office has always depicted this measure as the one not to take. Yet, this sweeping U-turn was presented to media in such a disguised form that journalists had to wait for off-the-record confirmation.

When you openly depart from firm assurances delivered the day before, trust suffers a blow. Such erratic conduct also conveys the feeling that things might be much worse than reckoned. It not only casts serious doubts on Madrid’s ability to handle a delicate situation. It ruins confidence in the Spanish economy. How can you count on any supposedly firm commitment to hold?

Those supporting the government to the end feel at increasing pains to rubber-stamp policies so recently criticized by the party in power. Up to now, blame for incurring in blatant contradictions is being put on former PM Zapatero’s appalling inheritance. But this strategy cannot last forever.

Growing unemployment, financial disarray and economic downfall, make up the ingredients for an explosive melting pot. Hasty delivery of unexpected initiatives only adds to confusion, denting both citizens’ backing and investors’ confidence.  This frantic policy-making should be urgently replaced by a comprehensive and credible plan to get out of mess. Otherwise bets on Spain being next in the intervention list might trigger its falling in the trap.