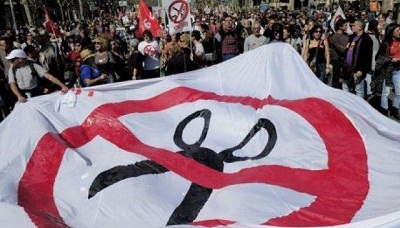 MADRID | The Spanish government claims the 2012 budget to be the toughest ever. On face value it embodies a 2.5% GDP deficit reduction, an awesome effort by any standard. Slashing expenditure amounts to two thirds of the squeeze, the rest falling on tax adjustments. Will budgetary crunch depress activity or axe main spending policies? A closer look dispels any anxiety over these daunting effects.

Many of the cuts come from budget lines that usually failed to be disposed of or whose efficiency was openly questioned. Largely misused employment plans and coal mining schemes amounting to no more than political facade, stand as striking examples of money that can be saved at no cost. Idle leftovers have been squashed in a one-off move that presumably will have to be reversed next year. The government has severely reduced transfers to public enterprises, thus forcing them to resort to indebtedness to finance their needs. But real cuts in spending policies are far less pronounced than expected.

A 10% drop in current goods and services will affect demand to the negligible extent of 0.03% GDP. The same can be said of public investment due to be recouped by 20%, equivalent to 0.1% GDP. True enough, civil servants pay freeze plus a stiffer context in investment-intensive public enterprises will contribute to further depress overall demand. But this budget has shown there was ample room to streamline expenditure without dismantling any significant policy or imposing a heavy toll on economic activity.

On the revenue side, most of the adjustment is borne by large firms, by reducing the scope of their fiscal deductions and increasing paid-in-advance instalments. These measures will bring only limited relief to a free-falling corporate tax whose receipts have shrunk by 60% over the last years. They will address to a rather limited extent the paradox that while Spanish nominal rates rank among the highest in Europe, IBEX corporations pay fewer taxes than their Irish counterparts. The government has undoubtedly fallen back from previous plans to crack down most unjustified deductions. Instead, it is proposing a waiver for previously undisclosed taxable income, in exchange for a single 10% pay-off on hidden capital. It is questionable this half amnesty will fulfil expectations as most of the black money linked to the real estate boom has already found a safe harbour.

Will this tight budget firmly secure the deficit target? A margin of doubt is to be cast on this fundamental issue. While expenditure is not likely to suffer extensive overruns, tax receipts are reckoned to increase by 4.3%. Even allowing extra revenues to match forecasts, meeting such a sanguine objective would involve a year on year modest 3% fall on a homogeneous basis. A hardly consistent figure if compared to the hugely depressed economic outlook. Should GDP fall by 1.7%, tax revenues will forcibly take a plunge forcing further budget squeeze to get on the safe shore.