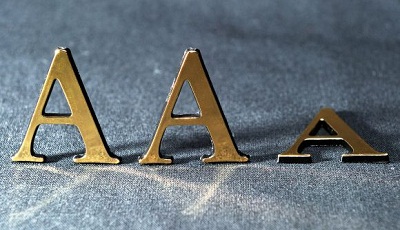 By Jacobo de Regoyos, in Brussels | The idea that Spain is the real sick man of Europe is catching on again. Suddenly, there is less talk of Greece and Italy. Portugal is going through its particular tunnel in silence. And as for Ireland, almost nobody in the financial media seem to remember its problems. Yet, Spain is back, surrounded but Europe’s ringing alarms.

Proof of this is the evolution of the risk premium and the cost of CDS to hedge against a hypothetical Spanish debt default. The spread between Spanish bonds’ yields and German bunds’, which is taken as reference of a safe asset in Europe, has expanded over the past days. The most austere budget since 1978, the earliest strike a government has had in Spain and the adverse results of the People’s Party in elections in Andalusia and Asturias are to be blamed, as much as the dispute with Brussels over the deficit target.

In the end, everything has been combined into a strange cocktail of government statements and populist headlines in which it is impossible to tell what was the trigger of it all.

Le Monde said that Spain had become the major concern in Europe late in March on its front page. The Economist agreed, repeating that Spain was on the front line of the crisis, that president Mariano Rajoy had left his political honeymoon behind and that Spain, the fourth largest economy in the euro area, was the biggest headache of the Old Continent, too. Olli Rehn, European commissioner for Economic Affairs said at the extraordinary meeting of European finance ministers recently held in Copenhagen that the situation in Spain is very difficult. And Mario Monti, Italian prime minister somehow confirmed that Europe was seriously concerned about Spain, as its economic situation could lead to a contagion that could spread to other peripheral nations.

“Spain has an indisputable labour reform in place, very sharp, but has not paid equal attention to public accounts,” Monti said.

All of them, media and policy makers, later corrected their statements. Journalists have also added to the pile of financial sensationalism all too fast. For example, in Brussels, an EU source had told off the record to several journalists, including this correspondent, that Spain would perhaps be better off by using capital from the permanent rescue fund to bailout its banking sector. It was not a formal proposal from the European Commission and the source in question had asked at some point in the meeting that reporters left their pens on the table. The source even joked:

“This is an off the record with two Fs.”

But the comment made it to the news agencies and newspapers the same day: after a few hours, it was too late to deny it. Yet the European Commission did everything possible  to dismiss it almost immediately:

“It is completely unfounded and not true,” said the spokesman of the European commission for Economic Affairs. But the noise already was echoing elsewhere, with life of its own, causing a chain of reactions and denials.

Italy thus disappears from the scene. And Spain appears in letters painted in red for danger. Even the economist and professor at the Stern School of New York University, Nouriel Roubini, was been adamant. During a conference at the Ambrosetti Forum, on Lake Cuomo, he highlighted the risks Spain represented to the rest of the euro zone.

“I am gravely concerned about Spain. Until a few months ago, it seemed to be in better shape than Italy because its debt is just over 70% of GDP compared to 120% of GDP in Italy, but the deficit is increasing rapidly due to problems in regions and banks,” he said.

On the other hand, Roubini praised the work of the Italian prime minister, the technocrat, Mario Monti, which he said is a ‘great leader’ who ‘is doing great things for Italy.’

The reality is that the Italian figures do not invite anyone to be more optimistic than about Spain. It is true that Morgan Stanley forecasts a drop of 2% of Spanish GDP in 2012, but its own estimates for Italy have also worsened with a contraction of 2% in 2012 and stagnation in 2013, the same forecast than for the Spanish economy. And while the outlook in the short term has deteriorated, Morgan Stanley considers that Spain is rebalancing its economy to a ‘rapid pace’.

The risk premiums of both countries are not performing well. One needs only to look at the spread between Germany’s and Italy’s 10-year bonds to realise that. Or to note that, although the 10-year Italian bond is better than Spanish, in the case of the two-year bond the opposite is true: the Spanish is behaving better than the Italian, in terms of credit cost for the government.

“period of negative activity in the euro area and in particular in those countries.” But he says that “it is very important to take account of the adjustment that is being done on the fiscal, structural fronts, and in the banking sector” in Spain.

Italy, like Spain, has its social and political problems arising from their own reforms. Italian labuor reform has unleashed a political storm. Four months after his appointment, Mario Monti’s political honeymoon has come to an abrupt end.

Both countries have the rope around his neck, and it will take some time to get rid of it. That is why the Eurogroup agreed during the last weekend of March, in Copenhagen, to spend €500 billion in the permanent rescue fund available as new money, if necessary to save large euro zone economies such as Spain or Italy.

Fortune’s wheel sometimes pushes one country or the other into the circus arena. But if ever any of them needs a rescue, it will spell real trouble. The OECD and the European Commission would have preferred that the total bailout fund reached the trillion euros. That the sum still is insufficient is a mistake and hurts the economic stand of Italy, Spain, their stand on the markets, and above all, fuels wild rumours.

Be the first to comment on "Italy or Spain? An off-the-record confusion"