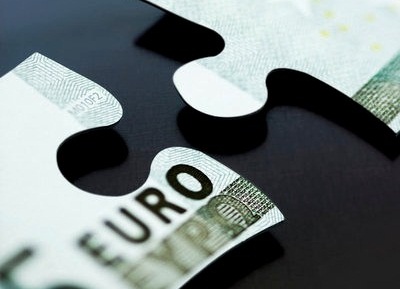 By Luis Arroyo, in Madrid | Spain’s 2012 budget brings a contraction in public spending of €18 billion and an increase in taxes of €9 billion, both items totaling €27 billion, which would put central government deficit at 3.5%. To reach the pursued 5.3%, the rest of the effort corresponds to the autonomous regional governments, not exactly the most successful part of the public administration in matters regarding austerity.

In addition, they say, the State will fight fraud. This simple appeal suggests to me that Madrid does not have much confidence in achieving the goal, as they are already trying to tap other sources to fill expected known unknown gaps.

Here’s the paradox, though: the private sector is squeezed to close the deficit, when precisely companies and households are in the worst situation. Pensions will be updated (error: pensioners should bear a bigger adjustments) and public worker salaries will be frozen (error: after all, they have secured a job).

With the measures previously taken, income tax revenue was squeezed to the maximum, which, as its name suggests, radically reduces consumption. Now, job-creating companies will get the hit. And in all truth, Spain already was one of the countries that penalises productive activity the most, via taxes or via national insurance, the worst anti-labour national insurance system among our neighbours’.

All this was done under the assumption, quite doubtful, that real GDP would fall by 1.7% only. This forecast came prior to the new fiscal package, which leads us to believe that if the official calculations are right, and it was assumed that they fall short, the effect of subtracting €10 billion from public spending generates a GDP contraction of 0.1%. Therefore, €27 billion would mean at least 0.27 percentage points to add up to the initial figure of 1.7%. That gives us a 2% drop in real GDP, with which central government deficit would not be 3.5%, but 3.6%. Small beer.

Unfortunately, this will cause more unemployment, even despite the labour reform. The unemployment rate could reach 26% easily. Not to mention the job cuts coming from the regional governments.

I think Europe, but also the last two Spanish governments (PSOE, PP) are utterly mistaken. There is an article by Barry Einchengreen in which he says it is wrong to be harsh with fiscal spending when this can abort recovery. Given that we are heading towards a recession, probably as strong as that of 2008-09, readers will surely see the irony.

I think governments of the so-called PIIGS err in their isolated strategies, which should be collective: the de facto leaders of the euro zone just want to save the euro, which have fared quite profitably for them (they would have pushed its breakup otherwise.) If they want the euro to survive, the PIIGS should unite instead of slapping each other across the face (as Italy’s Monti and Spain’s Rajoy have recently done), demanding a different pace in introducing austerity and a different monetary policy. It is the only way they can restore growth.

And it shouldn’t be hard for the periphery countries to force a change of course: after all, the so-called core Europe do need them to pay their debt back in euros. Like with any creditor who experience difficulties to get their money, longer terms and better financial conditions will in the end be accepted.

Brussels does not seem open to considerate this new scenario. Brussels behaves stubbornly under the control of a stubborn master. But I do not see another way out. It’s either trick, or the euro.

Be the first to comment on "Trick or treat: the Spanish budget"