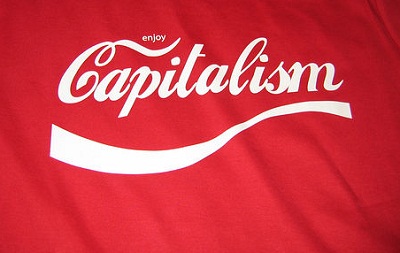 Gustavo Matías, in Madrid | State or capital markets, regulations or freedom, financials or the real economy,  equality or inequality, inclusiveness or mobility: these are some of the dichotomies that explain the present and future of capitalism. The debate has been lately reopened mainly in British soil, by the media big guns such as the Financial Times. However, major imbalances affect nowadays the whole of Europe or the emerging countries, where not enough attention is devoted to the subject. The crisis is global and so the solutions should be, solutions that will have an impact in capitalism as well as in democracy; that is to say, solutions that will change power as we understand it now, its distribution, sources and instruments.

The current crisis arose in the United States and the United Kingdom due to State and market failures, but not exclusively. It was leveraged, too, on an excess in consumer credit, as global investment grew less than savings during the last three decades. The crisis was nurtured by oversized capital markets due to deregulation or self-regulation, fuelling an asset bubble against the actual liabilities. In both countries, the result has been major income and wealth inequalities.

According to the OECD (Divided We Stand: Why Inequality Keeps Rising), the richest 1% absorbed the 8,4% of the total income in 1990 for the entire developed world. By 2005, the rate had increased to 8,8%. The reason was that in the English-speaking countries national income of the richest 1% had more than doubled between 1980 and 2008. From 8% to 18% in the US, for instance. Market institutions helped boost inequality, and income taxes or subsidies had little impact in wealth redistribution. The gap between the richest and poorest 10% of full-time workers has increased by almost one third, while financial markets are now competing with the States to redistribute income and wealth.

However, inequalities do not expand less in emerging countries, although it may be harder to notice because they have less transparent institutions and the current globalisation trend seem to bless them with strong GDP figures. Billions of people are becoming middle classes. China and India are on their way to reach the hegemony of the world economy that their empires had prior to the nineteenth century. They pay less attention to the inequalities generated by economic modernisation and transitions (whether demographical, cultural, social or political), which countries like the United Kingdom, France or the United States went already through. In this way, they follow an ‘inverted U’ path to deal with savings, like the one described by Kuznet (1901-1082). This is the same process that Japan or Spain lived in the sixty and seventies, and was later followed by the Asian tigers and dragons.

But the ‘inverted U’ is also followed by inequality, which in first place increases and then tends to abate under development. Therefore, economic modernisation always requires foreign capital, because domestic savings  vanish and disparities rise. To generate compensatory balances, the State’s involvement is necessary.

That form of power redistribution around the State (observed by Hobbes, Rousseau, Weber, Russell, Schumpeter, Boulding, Galbraith, Strange and many others) is one of its three public and private manifestations. Another one is persuasion, which leads to agreement or consensus, also very different to the eldest and everlasting of them, the threat. Leveraged on such tools through history, the sources of power continue being the same in the present systems: personality, ownership and organization.

Economic changes bring political changes. If Spain, Japan, Thailand and South Korea made through development the transition from autarchy to democracy without major problems, why could not China do so? Let’s see how the desire for mobility of its elites play. Inequality can create their own demand for inclusion.

In the developed countries, their power elites, accommodated in the structures of organisation and ownership, have pushed us to the current crisis of capitalism. A few days ago, influential historian Peter Temin denied it in Madrid, while admitting that the elites have lost mobility and are isolated, as Charles Murray argues in “Coming Apart”. But in fact, the elites are evolving and will force change again all over the system. Forbes and Bloomberg rankings tells us that, at least in the US, they feed on the information economy driven by knowledge. The traditional form of capitalism is getting weaker. As years go by, the current capitalism is less about finance and more digital, like a century ago was more industrial than about finance, or earlier on it was about trade.

For that reason, the recent analytical contributions originated in the Chicago University are insufficient and out of focus. When they try to explain the current recession or the Great Depression of the 1930s, they combine economy and politics. Those movements of power, pushed by the elites and their leaders, link once again the purchasing power and the power of the ballot. In that way it was understood by many recent theories, from public election and transaction costs to the logic of collective action. At the moment, the trend tells us that access to finance is good although in excess it can be harmful. Yet, this view refers more to the past that to the present, since today relations between politics and economics already depend on other parameters such as access to information and knowledge, its production and distribution, and not exactly their excesses.

The digital revolution will change, as earlier revolutions did, the face of capitalism. Of course, it will continue revolving around capital relations. However, we cannot forget that these changes accelerate globally with the new rules and institutions of the digital revolution. The new emerging relations should determine if the markets and the state are any good at distributing knowledge as they are with power and resources. Also, these new relations will tell us if the values of trust, confidence, interdependency or moral hazard in the immediate future will balance other priority values (security, equality, wealth and justice) that have tuned economy into politics during the last centuries, to advance capitalism and democracy with its ideologies (liberalism, socialism and nationalism, etc.) whose boundaries are now so blurred.

Self-interest, channeled via economy and politics , must be compatible with those values, whose priority varies according to ideologies. Smith is alive. Also Marx. Now, Daron Acemoglu and James Robinson (“Why Nations Fail”) write about the fact that there are some nations rich, wealthy and healthy because they created incentives, rewarded innovation, and allowed everyone to participate in economic opportunities. It is true that politics alienates others of such property. But today most countries can now benefit from easier access to information and knowledge, universalised even more than infrastructure and institutions by globalisation.

All systems (Anglo-Saxon, Rhine-European and Asiatic) tend to come closer and closer every day. The convergence of digital codes generates all kinds of junction points, from technology to economics and politics. Space and time change through their relations. So, even sovereignty can only be understood through interdependence (HG Gelber). It is already clear that language shapes social development as well as the means of production. That idea is subversive to Marxist dialectics, like Marshall McLuhan warned; even more to capitalism. Capital is its relations. So technology is. Hence, cash is every day more and more about digital money. We live in a world beyond cash, where capital is digital.

Almost all  innovations in the economy and politics depend again on Chumpeter’s creative destruction. Events like EU2050: Europe’s tech revolution have every day the ambitious aim of covering challenges ranging from climate change and resource scarcity to freedom of speech and Europe’s ageing population, and how these can be addressed by promoting technological advance. So the most effective solutions for the new type of relations that should shape the next capitalism will require both institutions and infrastructure sharing. Both frameworks are relational and, besides serving to define and share political or other appropriate institutions, will help us trace the easiest means towards globalisation, especially energy and physical transport and information and knowledge. So we must pay attention to debates no less important than capitalism itself to scan the future. For example, network neutrality decisions or convergence will be paramount to mobility or all of the above priority values. The best social and cultural intelligence and  the more desirable capitalism or digitalism for the future, also depend on them.

Be the first to comment on "Weekend read | It’s the democracy, stupid!: capitalism and equality"