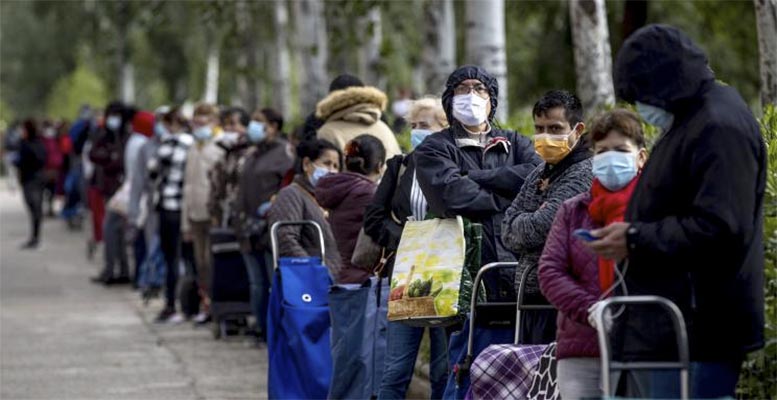 In Spain, four million people were living in severe poverty in 2018. Now there are more than six million. According to the Caritas and Foessa Foundation report, the impact of the pandemic is “devastating” and more than 11 million people now live in a situation of “social exclusion”. By contrast, the number of households without such problems, which totalled 49.3% in 2018, has declined to 41.2%. “There has been a slippage of the different strata of society towards situations of greater precariousness and social exclusion. An unstoppable flight towards a more unequal society, where the group that is growing most is the most disadvantaged,” says the report. It devotes one of its sections to explaining why the Minimum Vital Income (IMV), granted to only 18.6% of applicants in severe poverty, does not work.
The Minimum Vital Income is 470 euros (which rose by 1.8% in 2021) for an adult person living alone. This is increased by 141 euros for each additional person, adult or minor, living with them, up to a maximum of 1,034 euros per month. More than a year ago, when it was approved, the government estimated the number of beneficiaries at 2.3 million people from 850,000 households that met the pre-established requirements. But today, 799,203 people out of 315,913 households are benefiting, 37 per cent of those already targeted.
Up to September this year, 1,322,904 valid applications had been submitted (91%) of which 1,244,029 have been processed. Of these, only 27.1% (336,933) have been approved, while seven out of ten (888,459) have been denied.