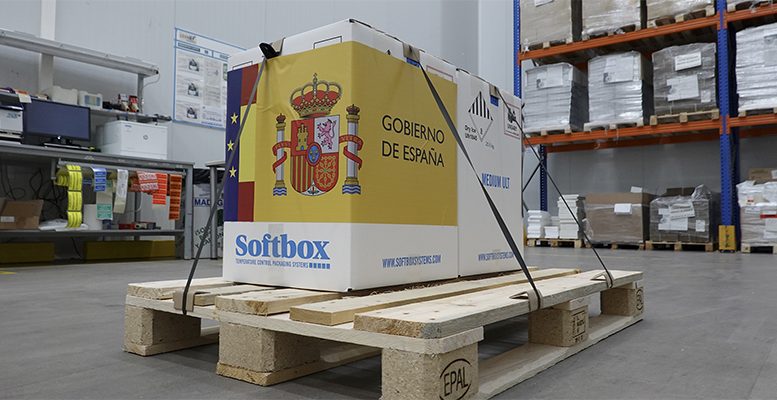 Almost eleven months after the first case of coronavirus in Spain, the biggest vaccination campaign they country has ever seen has begun. The aim is to immunise the majority of the population in different stages, as reported by EFE Agency.

The four priority groups, the most affected and vulnerable to the virus – residents in senior homes, their carers, healthcare workers and highly dependent, non-institutionalised adults – will gradually be administered the first vaccines as they arrive.

The Cominarty vaccine, as it is called by Pfizer and BioNTech, requires two doses, with 21 days apart, in order to generate an immune response. It will be inoculated simultaneously and free of charge in all the autonomous communities thanks to the collaboration of the State and Army security forces. They have been in charge of distributing the treatment throughout the country.

After this first expected batch of almost 10,000 units that arrived last weekend from Belgium at the warehouses that Pfizer has in Guadalajara, another one with 350,000 unites will follow today. The delivery was foreseen for Monday but a logistic problem in Belgium has delayed it. The delivery will be repeated every Monday for the next 12 weeks until the 4,591,275 vaccines bought from this laboratory have been issued, with which 2,295,638 citizens will be immunised.

The doses will be distributed equitably amongst the regions according to their risk population. They will then be offset in stages with new deliveries of this vaccine. And it will soon be joined by Moderna’s, which will be evaluated by the European Medicines Agency (EMA) on January 6th.

“It is the beginning of the end, but there are still months ahead which are not going to be easy,” warned Health Minister, Salvador Illa. He also reminded everyone that the vaccination process is going to be “complex and will last a few months”; he estimates that in May or June 15-20 million citizens could be immunised.