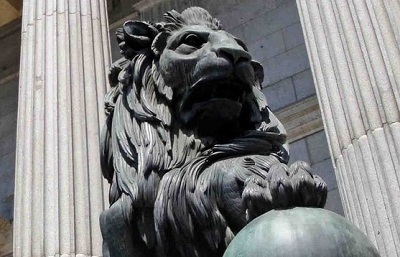 MADRID | A frozen fish processing company from Galicia, in the north of Spain, was recently awarded the Green Card by the US’ Food and Drug Administration. The FDA isn’t exactly easy-going, but the Spanish firm has already access to the US market and extensive presence in Europe, including Russia. The news isn’t a surprise, of course: the Spanish food industry is successfully competitive, its exports have risen by 8.4 percent January to May this year over the total average of 3 percent, and it represents a 15.4 percent of all Spanish exports over the 14.7 percent of the car industry.

This is the result of effort and quality too, because it is quality that opens foreign doors and scores well after strict controls imposed by importing countries. Spain’s quality demands, in this regard, are softer than they should be, and we are flooded with textile, cosmetics and energy products whose standards are evidently low. Spain’s imports watchdog, a service called Soivre, hasn’t been properly updated.

Besides, the supervisory system in the European Union can be challenging when a product enters from, let’s say, Amsterdam and goes across the continent towards any direction. It is worthy keeping in mind that Spain’s trade deficit with China is three times larger than with Germany.

Yet, a reinforcement of the Soivre will not come any time soon. On the contrary, professional and special administrative bodies of the State are being left behind, their numbers cut or stalled, while local authorities, regional governments, central cabinets and public sector companies expand in creative ways the numbers of their faithful staff. Not all bureaucracy is the same. But nothing has been done to correct this anomaly.

During the 1960s, once the macroeconomic adjustments advised by the OECD and the International Monetary Fund had been implemented, a mission from the World Bank published an in-depth analysis on the organisation of the Spanish State and came to the conclusion that there was excessive intervention in transports, agriculture and banks, and too much protectionist rules. Spain needs today a proficient study of its public institutions as much as financial support to recover capital flows.

There was a toxic bubble that infected our banking system’s balance sheets, but there also is a bubble that has inflated staff numbers in regions and town councils. Decentralisation was once a logical development, but it has turned into an unreasonably heavy burden.

The central government bears many responsibilities in this snow ball-like problem. Blinded by party-politics criteria, independent civil servants with specialised knowledge have been pushed away. Never mind that Spain has increased public worker numbers in 200,000 between 2007 and 2012, or that almost three out of four euros from the taxpayer goes to wages in the public administration. It is time we have a braver government in Madrid to tackle a braver reform.