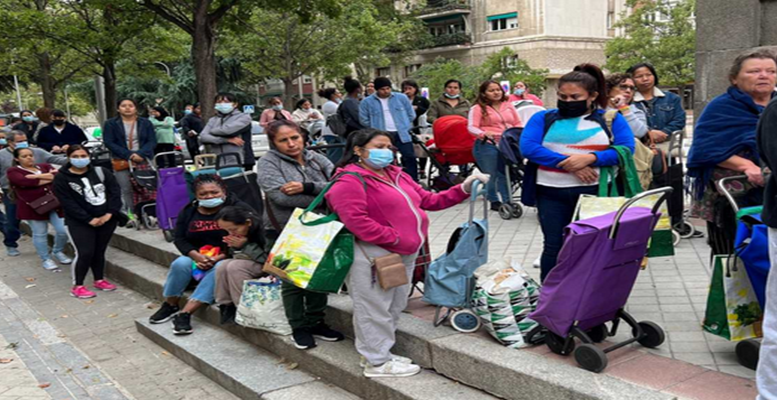 In barely half a year, with the sharp rise in prices and the loss of purchasing power, Spaniards who consider themselves to be “low class” or “poor” have increased by around 50%, from 8.4% of the total in April to 12.5% in November, according to the monthly surveys carried out by the Sociological Research Centre (CIS).

In November this year, 47.9% of Spaniards aged 18 and over considered themselves to be “middle-middle class”, compared with 53.8% in April. In any case, this class is the most representative, above those included in the “upper and upper-middle class” (6.1% in November 2022), “lower-middle class” (13.3%) and “working class/working class/proletariat” (10.3%). The latter has also grown by more than two points since April, when only 8% of the population was included in this class.

The Fundación de las Cajas de Ahorros (Funcas) comments that “it is striking” how the percentage of people who perceive themselves as lower/poorer class has grown in the last two years (in November 2020 it was 8% and in November 2022 it is close to 13%). That said, the upturn has occurred mainly in the last seven months, coinciding with the sharp rise in inflation and the moderation of wages.

So far this year, prices have risen by an average of 8.8%. Several organisations have warned that inflation affects poor households more than rich ones because of the weight of basic necessities (those that have risen the most) in their spending. And that is why targeted measures must be taken to protect them.