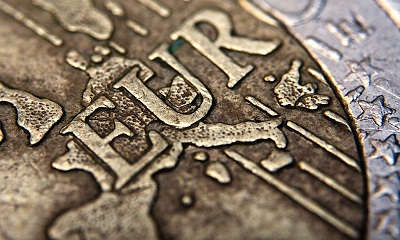 By economist Jordi Paniagua, in Valencia | In principle, whether managing a company or the economy of a country, the message of do not spend more than earnings seems perfectly reasonable. Indeed, it has found a comfortable place in the collective mind. Even governments nowadays express themselves and their policies as though it were the stuff of domestic accounting. But enterprise and economy are quite different concepts.

The manner in which a CEO and an economist think aren’t alike. The magnitudes they use may look similar but they are fundamentally distinct to each other. An entrepreneur must be used to face open systems and the strategy will be more or less successful depending on its adaptability and competitiveness. An economist works mostly with closed systems and looks at the general frame in which measures will be introduced.

Some of the basic rules that will make a leader firm of a company would fail when administered to a whole country or an economic zone. When income falls, a company can react by cutting down costs. It’s not so straightforward for a nation to do so: aggregated spending is mainly correspondent to aggregated income, so rise in savings will always reduce income levels.

The result of this fact is that the balance of payments of a country is zero. Of course, we can incur in an external trade deficit, but it will always turn out to be compensated by another account like the capital one. That is why, unlike with a company, a loan or exterior sales have a very different impact over a national economy compared to a corporation’s balance sheet.

An economist like Mario Draghi, the governor of the European Central Bank, knows too well that buying sovereign debt would bring external trade deficits. The positive external balance that would imply an ECB buying government bonds would be compensated by an equivalent trade deficit. A massive inflow of capital via Treasury bonds would increase inflation and trade deficits to keep  the balance of payments at zero. What the ECB could do is to buy German bonds to trim the spread against the Spanish bonds, and push inflation up in Germany so import activity (peripheral exports) will rise.

On the other hand, a capital injection from a euro bailout fund would have a divergent effect on State accountancy and national economies. With a loan, no one buys anything and the national balance of payments registers nothing. The money will be back out from, let’s say, Spain at some point, so inflation doesn’t change in the medium term. Spanish companies’ competitiveness would as well be unaffected.

If Madrid prefers the ECB buying bonds, it isn’t out of economic arguments. Because right now, export activity must be protected from an operation that would inject some liquidity that can be obtained from other sources. It isn’t probable either that the Spanish government seeks to avoid the stigma of being rescued, as conditions would be as harsh as those already self-inflicted. If what happens is that the government has confused company accountancy with national economy management, then, this is not acceptable.

Yet, there is one motivation for Madrid to wish the ECB bought bonds: unlike with a loan, it would be far much easier to delay paying back or to restructure the outstanding debt.