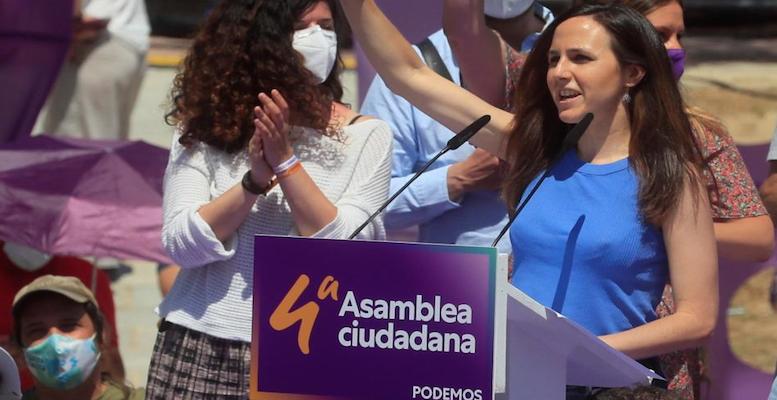 The Minister for Social Rights, Ione Belarra, has been elected as the new secretary general of Podemos, replacing Pablo Iglesias, with 88.69 percent of the votes cast in the party’s primaries. Of the 139,000 registered Podemos members with the right to vote in the IV Citizens’ Assembly held in Alcorcón (Madrid), 53,443 took part in the vote, of whom 45,753 opted for Belarra.

Belarra competed with two other aspirants for the General Secretariat post left by Iglesias: the critical militant Fernando Barredo with the “Nuevo Impulso” candidacy, who obtained 3,106 votes, and the councillor of the City Council of San Lorenzo de El Escorial (Madrid), Esteban Tettamanti, of “Podemos Horizontal”, with 2,730 votes.

Together with Belarra, 97 people from her list have also been elected to form the State Citizens’ Council, in which visible heads from the previous stage such as Irene Montero, Pablo Echenique, Isa Serra, Rafael Mayoral and Juanma del Olmo remain.

According to Belarra, “we have to face these national challenges in a context of normalisation and promotion of the extreme right which is torpedoing the foundations of our democracy. But I also want to be clear about one thing: we must not forget the rise of the extreme right is the response from the deepest powers in this country to the democratic progress that has been underway for 10 years.”