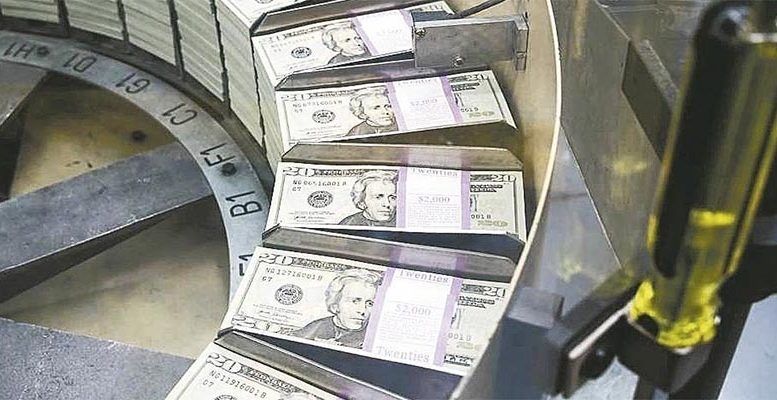 Since the start of the crisis, governments and central banks have been looking for the best way to mitigate the pandemic's devastating effects

Frenzied rate cuts (more than a hundred worldwide) and liquidity injections by various central banks, amounting to more than $6 trillion, added to the fiscal stimuli of all kinds already committed for another $9 trillion. An unprecedented aid package that amounts to 19% of the world’s GDP in 2019. All aimed at trying to achieve a V-shaped recovery that will mitigate the effects (-5% of world GDP) of such an unexpected recession.

Since the beginning of the crisis, governments and central banks around the world -which have already made 105 rate cuts– have been looking for the best way to mitigate the pandemic’s devastating effects. Only the Federal Reserve has increased its balance sheet from $2.9 to $7.2 Bn in three months). All this makes up an unprecedented stimulus package of over $15 trillion, almost 19% of the world’s GDP in 2019, which is expected to fall by over 5% this year, according to the latest World Bank forecasts.

Agustín Carstens, manager of the BIS, the Bank for International Settlements in Basel – considered the “central bank” of central banks – has already warned that “at some point, central banks should start sending signals that this will not last forever”. Because the truth is that the starting point, at the end of 2019, was already problematic: the world’s debt had increased in 2019 by $10 trillion to 255 trillion. This is equivalent to 322% of global GDP in 2019 and is 40 percentage points more – $87 trillion – than the figures reached before the outbreak of the financial crisis in 2008.

We’ll have to think about it, no doubt, but afterwards. Because now it is time to resume activity and strengthen demand, whatever it takes, to minimize the impact of a crisis as unexpected as it is devastating. In any case, in the first week of June, Germany – until now the guardian of orthodoxy in the European Union – announced a new fiscal stimulus plan for another 130 billion euros, which combines tax cuts, industry aid (incentives for the purchase of electric vehicles), benefits for families with children. The total value of the package is equivalent to 4% of GDP, of which a highlight is the reduction in VAT until end-2020, both in the general rate (from 19% to 16%), as well as in the reduced rate (from 7% to 5%). In addition a ceiling is established on social contributions (40% of wages). This plan is in addition to the one announced in March for a further 156 billion.

As J.R. Díez Guijarro of Bankia explains, “Germany is reinforcing its European leadership in the response to the crisis, with a totally different approach to that of a decade ago. The country has a large fiscal margin and is showing it is determined to use it, which will end up benefiting the whole of EMU. This new stimulus brings the total of committed measures to 40% of GDP (although it remains to be seen whether it will be used in full) and has a well-thought-out design, combining tax cuts and spending increases to bolster demand quickly (…) A proactive Germany, working for recovery internally and supporting joint plans, such as the Reconstruction Fund, is the best news for Europe.”

But not everyone in Europe has Germany’s fiscal margin, which will also use 47% of the 2.3 trillion euros in aid to companies approved so far by the European Commission. So, as Bank of America warns, the fiscal stimulus really committed to so far in Europe does not go beyond 4% of the continent’s GDP. This figure could reach 10% if the reconstruction plan – consisting of 750 billion euros, of which 500 billion is transfers and 250 billion credits- that the European Commission has proposed goes ahead.