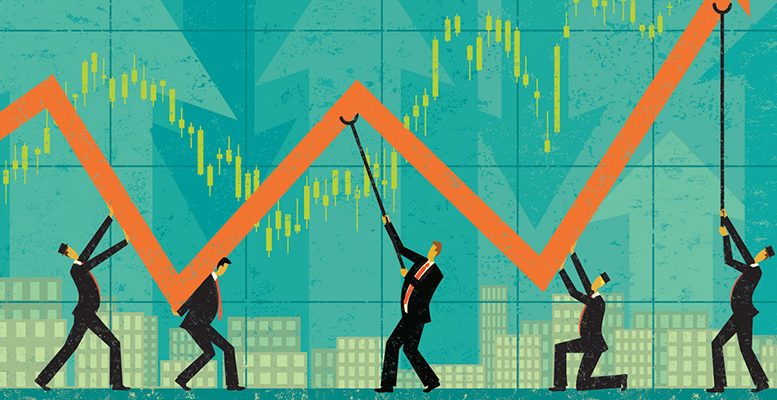 When the reason for the rise in prices is the rise itself, the market becomes very unstable again because any trigger produces the same dynamic but in the opposite direction: when prices begin to drop, they drop because they are dropping, independently of the intrinsic value of the shares.

Jorge Alarcón has come up with a concise scheme of how the process works:

Phase 1: The accumulation of wealth accelerates.

Phase 2: Investors’ demand for yield means that capital flows are directed towards every kind of asset.

Phase 3: Prices shoot up and some analysts begin to ask themselves whether the situation is exaggerated.

Phase 5: Valuations rise to unsustainable levels and finally there is a market crash.

All of the above, although based on a lot of sources, has a Keynesian-Minskian background. It tells us that the financial markets are not rational, and are not a guide for the economic situation, nor does the latter influence their strength. The graphic below, already included in another article, is proof of the divorce existing between both worlds, this time during the no-crisis crisis we have experienced. According to the no-crisis, the recovery began in 2009. I disagree. In 2009, the big rise in the stock market began, which has not provided any momentum for the real economy. The graphic shows the growing divergence in the distribution of income and wealth in the US precisely due to the stock market’s rise and to the stagnation in revenues from other sources. We can’t say that what we can see is encouraging: a huge increase in income and wealth for the richest 1%, and a continued decline in income and assets for the poorest 10%. Politically speaking, this is a bombshell. It’s not surprising, because as we can see in the following picture, the added value from financial incomes is swallowing up increasingly more of the total added value (GDP).

Note that after the decline in the indicator during the crisis, it rises strongly once again.