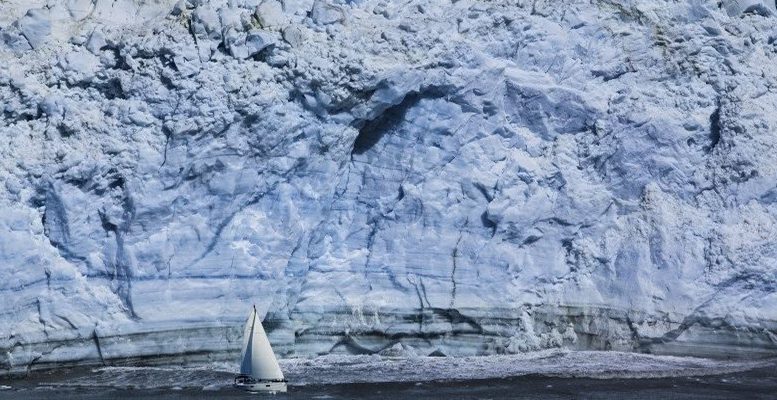 Miguel Navascués | Everyone talks ever more passionately demanding that climate change be slowed by changing from energy based on oil and gas to one that does not produce CO2. But no-one explains if technological change will really allow this to happen in time.

This technological change is the fundamental key to the problem if we do not want a poorer and more contaminated world. Forbidding carbon emissions should not be expected to solve the problem. We cannot hope to solve the problem by returning to the Middle Ages, replacing machines by animals and renouncing the irreversible advance in information technology. Should we cut off information communication through out the world, cutting off electricity supplies, or replacing the source with a more expensive one? It is obvious that this would set back all aspects of the current economy, in which the poorest countries would be the first to suffer.

Today there is sufficient technology (biotechnology) to end global hunger, and yet the politicians never think about it. Why would they think more accurately about a more complicated problem?

In The Guardian there is an article about a text by the Governor of the Bank of England and his French counterpart warning that banks must prepare themselves for the changes foreseen from climate change. Bank assets could fall and provoke insurmountable losses to the global financial system if they are not prepared for these changes. Why will shares fall? I imagine because of the growing costs imposed by the public sector on the acquisition of energy.

But no-one explains how these changes will happen: if there is going to be a truly revolutionary technological change which will replace the current CO2 model, or simply the coercion of capital to pay much more for energy.
In The Telegraph, Ambrose Evans-Pritchard writes about it full of optimism, although he does not stop to explain in detail. However, he offers some interesting clues.

“There is no macroeconomic cost to a zero emission climate target. To assert that we cannot afford the luxury of abandoning fossil fuels by 2050 is to trust in primitive accounting fallacies. It is more likely that the change to a post fossil fuel economy would accelerate GDP growth, like the successive disruptions of steam power, electricity and digital technologies, each with a maturity phase of some 30 years. The Bank of England maintains that green investment is a net economic benefit. It is a way of absorbing the excess of savings in the global financial system and putting inactive capital to work.”

Too many ambiguities in my opinion. 2050 is too far off to be confident that we will have this new technology without abrupt economic shocks, however profitable it will be over 30 years. Ambrose E.P. seems to trust too much in the impulse of the expenditure on this new energy:

“The bond market is evidence that the global economy is ill aligned. Some 10 Bn$ (8 Bn€) of debt is being traded with negative returns. Central bank rates in Japan and Europe are below zero a decade into global economic expansion. This is known as “secular stagnation”.

“Such is the imbalance between global savings and investment. What we need is an emergency which rescues us from out structural trap, like 1930s rearmament, which ended the last secular stagnation. In this sense, the climate crisis is an economic gift from Mars.”

Indeed, global interest rates so low do not show optimism about our investments, which should not lead us to believe that public spending alone will bring this new technology. The experience in Spain with this public spending has been disappointing, since it has increased rather than reduced energy costs, excessively high for the low paid. Here the wind farms have been financed by taxpayers, but they have not produced cheaper energy, but rather more expensive energy and not as an alternative.

Ambrose says that the UK has achieved successes which are the envy of the rest of the world, which would be plausible were it not for the lack of clear evidence.

“For Great Britain, a zero emission target is the necessary catalyst to reactivate investment. It is the way in which we can recover energy sovereignty instead of depending on imports which currently drains 2% net from GDP every year, most of it paid to despots.

“So, for my part, I am applauding the Committee on Climate Change (CCC), as it has exhorted the government this week to establish the first legally enforceable target for zero carbon emissions among the major states, offering as an example what it did with the original Climate Law in 2008”.

In a nut shell, I do not know if reality and desire are being mixed up, but I do not believe in the efficiency or the prudence of public investment in achieving this, otherwise so desirable, technological change. That said, 2050 is a date that seems to suggest that this will not be soon …

The first priority should be to inform without ambiguity about the reach and forecasts for the available technology, and warn of the dangers of beginning to dictate laws and prohibitions, as well as making ruinous investments. It is too serious a problem, and our current politicians are so mediocre, that I sincerely have no confident that they will get right such a long term issue, so far from their petty party obsessions.

However, a permanent burden can be foreseen in the solution to this problem, which is the inevitable presence and even leadership of the public sector, which, as we have said before, in countries like Spain, and Spain is not the only one, has been a path in which billions have been wasted on ill-thought out and allocated initiatives, often driven by electoral priorities. Spain is full of installations which should be private sector, in which case not only would they have been questioned – as when the installation of solar panels in private houses was prohibited to benefit the profits of certain companies – but they would have been flattened to divert financing to more effective technologies. Add to that the fragmentation of the country into 17 uncoordinated centres of initiative, not to mention the town halls, each with its own political priorities.

It is very difficult to imagine a global public initiative, as the latest Paris Summit sought, however good its intentions. In short, we are facing a far reaching objective which demands a crucial technological change, as well as an unavoidable public leadership which is difficult to find in the decadence of western democracy in which we live. Now there are too many opposed interests among the major powers to allow us to be even minimally optimistic.

Until now, the application of the Paris Summit has focused on increasing the price of transferring emission permits, which has served only to artificially increase energy prices, something undesirable in countries like Spain where energy prices are ever more composed of the fiscal component. We repeat: if these public incomes serve to reach an adequate technology … but it is not at all guaranteed.