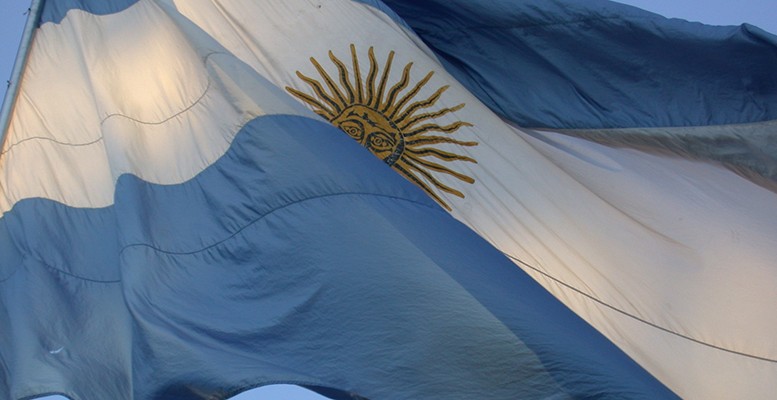 Sergio Massa came in third place with more or less the same proportion of votes (21.34%) as in the primaries and will not be in the run-off. Hence, Macri’s gains were not Massa’s losses, and the widely expected polarization did not materialize. Indeed, before Sunday’s vote, there had been no poll showing such a small difference in support for Macri and Scioli; hence, the result came as a surprise to the markets (Figure 1). Polls had suggested two possible scenarios: a first-round victory for Scioli or Macri’s getting to the run-off by a nose.

The election has spurred a re-assessment of Macri’s prospects. To assess how close each candidate is to victory in a run-off, we perform two simple arithmetic exercises.  In both, we assume that the number of blank votes are equal to those in the October 25 election plus half of the Left Party’s votes, for a total of 5.7%. The Left Party candidate, Nicolás Del Caño,has stated that in a run-off scenario, he would ask voters to vote for no one. We then find a combination of votes from other candidates that would make either Macri or Scioli get 51%. In the case of Macri, we assume a percentage over Massa and Progressives in Scenario 1, and a percentage of Massa, Progressives and Rodriguez Saa in Scenario 2. We do the same for Scioli except that we consider the Left Party instead of Progressives, given Scioli’s left-leaning platform on the one hand, and Macri’s coalition with the UCR and Coalicion Civiva, which makes him a more natural ally of Progressives than Scioli. This suggests that Macri likely does not need a lot more than Scioli to win in a second round. In other words, the November 22 run-off will be very tight, which makes it very sensitive to pivotal events (eg, the debate between both candidates scheduled for November 15).

The outcome of the run-off is, of course, uncertain at this stage. We believe that markets will need to be mindful of the uncertainties involved. In our view, these stem from the following factors:

What’s at stake in a run-off? Differences and similarities between Macri and Scioli

The two political adversaries have very different economic agendas. In Figure below, we depict the most important similarities and differences.