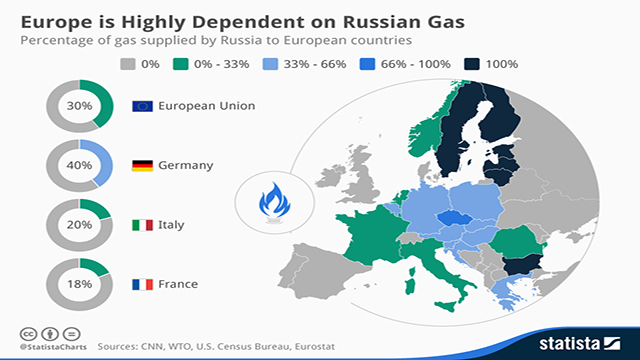 LNG may be Europe’s card to play against the Kremlin. Its price in Asia has crashed from $20 to $11 per million British thermal unit (BTU) since February. Out of 21 re-gasification terminals in Europe, six are in Spain, with a seventh ready to go into operation. The Spanish terminals of LNG account for 38 per cent of European capacity.