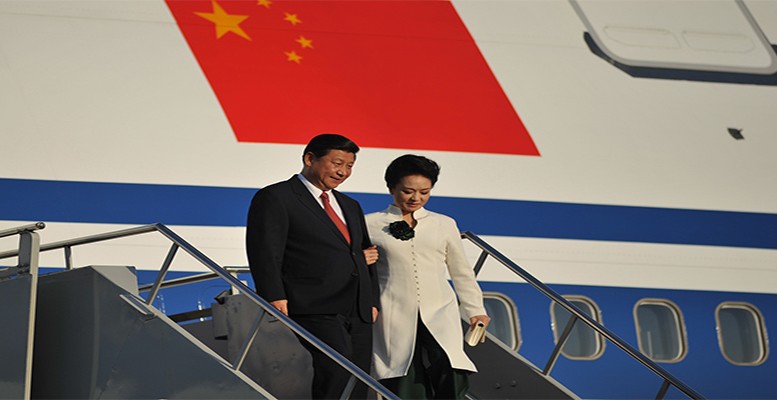 The creation of the AIIB opens up a new chapter in international relations and global finances. Its three biggest shareholders are China, India and Russia. Interestingly, some nations that are otherwise close American allies—such as Germany, France, Italy and South Korea—have also become members, although the United States attempted to convince them not to join. For the US, who is still the dominant player in global finances, the creation of the AIIB was thus seen as a heavy diplomatic and financial defeat.

After Chinese President Xi Jinping officially proposed the creation of the AIIB in 2013, the institution was established in less than two years, an impressively short-term compared to other international projects.

In founding the bank at this moment, China’s government built on a growing sense of frustration among the developing nations in the Middle East and the Asia Pacific. Ever since the Asian Financial Crisis of 1997-98, when the management of the World Bank and the International Monetary Fund (IMF) was perceived by many as unproductive and suppressive, negative sentiments toward the world’s most important credit granter lingered on and became even stronger.

It was in this context that the Global Infrastructure Facility (GIF) was supposed to allow for a more balanced evaluation of credit requests. However, establishing GIF within the boundaries of the Bretton Woods system proved to be a difficult matter.

As countries like China became ever more frustrated with the delay and the underrepresentation of Asia in global financial institutions, the idea of an Asia-based bank bore fruit.

For Asian countries, the perspective of an alternative to the World Bank with easier access to funding in a less bureaucratic way allowed China to gather support quickly. With over 75% of share votes in the hands of Asia Pacific nations, the AIIB holds a promise of more effective money lending for the region’s infrastructure projects.

Naturally, the creation of the AIIB was accompanied by various levels of American skepticism. The joining of major European nations and other close US allies sparked annoyed reactions from Washington. Indeed, the fast pace of China’s rise from a developing country in the 1980s to a resourceful global player with still huge untapped future potential has triggered many worried responses.

In the 1990s, the US was the biggest investor in most Asian countries. With the turn of the millennia or shortly afterward, this changed for many nations. The Chinese have now replaced American investments as number one. It is clear that China’s foreign policy behavior does not mirror that of a developing country anymore, but instead has become more assertive as can be observed in various fields.

Thus, the creation of the AIIB comes with many overt and undoubtedly some hidden implications. Even if the institution will act rather as a supplement and not as a rival to the World Bank, a Chinese-led international financial institution at the beginning of the 21st century sends a strong signal. Together with other initiatives, the AIIB is part and parcel of China’s “one belt, one road” strategy that is meant to create a “New Silk Road” that links China to Southeast Asia, the Middle East and Europe.

As of yet, it is too early to fully judge the impact these plans will have. However, two things are clear.

First, concerning the AIIB, the decision over whether to partake and how to deal with it, without a doubt, will continue to be a very political one, which can be seen by the “bureaucratic difficulties” the Philippines faces with China over territories in the South China Sea.

Second, although its founders have been careful in their description of their lending institute, the AIIB will effectively be seen as an Asian countermeasure, balancing the weight of institutions such as the World Bank and the IMF, which are perceived as Western-centric. Therefore, with the AIIB, China and its partners have added one more piece to the board that needs to be considered by all players.

While the exact implications will depend on how aggressive China will play this piece and how threatening the US will perceive these moves and react to them in the long-run, it is clear that the creation of an Asia-based international financial institution outside the Bretton Woods system alone makes for a show of strength that fits perfectly in the narrative of Asia rising.