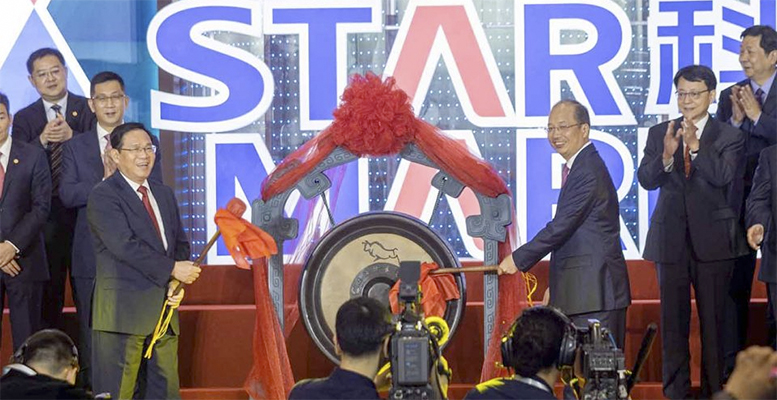 The STAR market has enjoyed a rapid expansion so far

Christian McCormick , Shannon Zheng (Allianz GI) | Once famed as the world’s low-cost manufacturer, China has spent much of the last decade positioning itself to better compete with high-quality foreign peersacross the value chain. The government has sought to establish China at the cutting edge of technological advances, especially in the areas of biotech, informationtechnology, healthcare, and robotics – and as a manufacturer of the components necessary to support those fields. In doing so, it has begun a new chapter in itsgrowth story.

To drive further growth in these areas and encourage companies to list onshore, China launched a new exchange on its Shanghai stock market in June 2019. Billed as China’s answer to Nasdaq, the STAR market is specifically designed to house companies in high-tech and strategic emerging sectors, and to facilitatefunding to these firms.

What the STAR market offers

Before the STAR market’s launch, all Chinese A-shares were listed on one of the three boards that made up the Shanghai and Shenzhen-based stock exchanges.

The new STAR market aims to streamline the IPO process for innovative growth companies, using a flexible and transparent registration model. The market has nominimum profitability requirement for listing companies, supporting those organisations which may take time to realise a commercial profit, such as those in thebiopharmaceutical space.

As detailed in Table 1, the STAR market also introduces a new approach to pricing mechanism, investor eligibility and delisting rules, selectively lifting bestpractices from stock exchanges in the US, Hong Kong and Singapore.

The existing A-shares markets that have provided the platform for China’s growth story so far could also follow the STAR market’s lead, and any further liberalisation of China’s capital markets – driving greater institutional participation – would likely encourage more Chinese firms to list domestically instead of onUS exchanges. Such a trend should reduce the risk premium for all China A-shares over time.

Investors and companies alike have so far been quick to embrace the STAR market. After launching in July 2019 with 25 names, the market had grown to 215listed companies by January 2021. There are currently around 500 firms at different stages of the IPO registration pipeline.

What’s more, stocks listed on the STAR market are steadily becoming more accessible to non-Chinese investors, offering a new route into the tech startups behind the country’s growth story. The FTSE already has plans in place to include the STAR market in its share indices, although MSCI – the world’s primary indexprovider – has not yet detailed how it will treat the new market.

While the STAR market has had a relatively big impact in a short space of time, it has further to go to become an established fixture for investors. There were liquidity concerns in the market’s early days, particularly around larger IPOs soaking up available capital, but by and large the market has functioned smoothly. Even so, stocks listed on the STAR market are not yet eligible for the Stock Connect scheme – which makes A-shares more easily available to western investors – somany global institutional investors will not be able to participate.

Chinese regulators are set to keep a close eye on the STAR market, given its combination of a lighter regulatory framework and likely increased volatility due tothe high-risk early-stage companies that populate the market. Putting a value on these companies will also test the valuation methodologies of brokers andinvestors alike.

But despite these challenges, the STAR market has enjoyed a rapid expansion so far, and the pipeline of potential new admissions bodes well for the future of thismarket – and the resulting opportunities for global investors to access some of the most innovative Chinese firms.