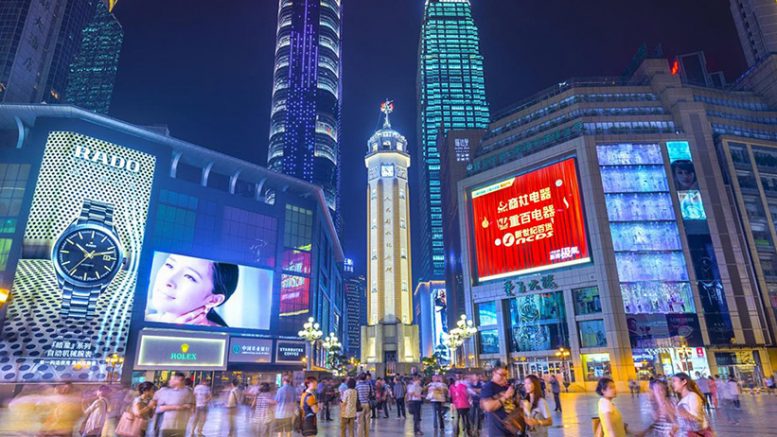 Mobeen Tahir, Associate Director, Research, WisdomTree| The Chinese economy grew by 4.9% year on year in the third quarter. This follows the 6.8% contraction in the first quarter – the sharpest since records started in 1992 – and 3.2% year on year growth in the second quarter. Has Chinese data been encouraging all-round? How are asset markets reacting and what options do investors have for making a China trade?

Unemployment in China, which rose to 6.2% in February, is down to 5.4% in September – only marginally higher than 5.2% in December 2019. Industrial production increased 6.9% year on year in September – the highest increase since December 2019. This data point has vindicated the strong recovery in Purchasing Managers Indices (PMIs) – which are important, but only show month on month change in activity. Retail sales – an important barometer of consumer wellbeing – have also bounced back and risen by 3.3% year on year in September after being negative between January and July this year.

The improvement in economic data is in line with an exceedingly low number of new infections in the country – compared to many other countries which are now anguishing over a second wave of the pandemic.

Market optimism for third quarter data started developing since the start of October. Data has not disappointed and markets are reacting positively. Investors have a few different options when it comes to positioning themselves for the economic recovery in China.

-Chinese equities: Around half of the exposure of the S&P China 500 Index is in on-shore listed A-shares – linked closely to the domestic economy – with the remaining being in shares listed across off-shore exchanges. The index, therefore, provides a holistic assessment of Chinese equities and its gains point to the positive impact of improving economic data.

-Emerging market equities: The fate of the MSCI Emerging Markets Index is inextricably linked to Chinese stocks given China’s weight of almost 42% in the index. Consumer discretionary, with a weight of over 20%, is the largest sector in the index with China’s Alibaba being the largest stock. The improving financial well-being of the Chinese consumer bodes well for broader emerging markets as well.

-Industrial metals: With key trading partners – the United States and Europe – still battling rising infections, China is looking to focus on inducing growth in the domestic economy with increased spending on manufacturing and infrastructure. China’s imports of copper ores and concentrates in September were significantly above not just 2019 levels, but the prior 5-year range. China’s increased spending is helping fuel the rally in copper and the broad industrial metals complex.