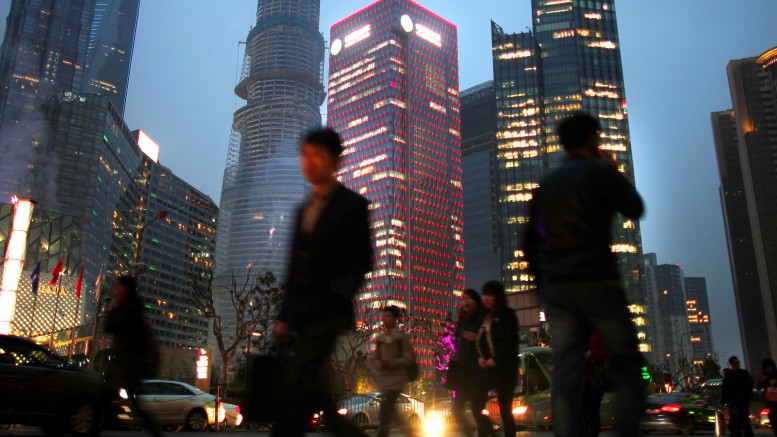 Fran Wang via Caixin | China’s economy got off to a slow start in the third quarter, with key indicators gauging factory activity and mining, investment and general consumption falling in July to their lowest levels in months, official figures showed Monday.

Industrial output rose 6.4% last month from a year earlier, which was the lowest expansion rate in five months, according to the National Bureau of Statistics (NBS). The figure fell short of the 7.1% median growth forecast based on a Bloomberg News poll of economists.

Fixed-asset investment excluding rural households was up 8.3% in the January-July period year-on-year, NBS data showed, which was the weakest growth pace for multiple-month periods so far this year and came in below the polled economists’ median forecast of an 8.6% increase.

Retail sales, which includes spending by households, government agencies and businesses, but excludes spending on services, rose 10.4% in July year-on-year, according to the figures. That was the lowest rate of increase since the January-February period and fell short of the median growth estimate of 10.8%.

Analysts said the cooling trend reflected in the July figures is having an impact on the global economy against the backdrop of Chinese government policy decisions and international trade tensions.

“Foreign and domestic demand appears to have softened at the start of Q3,” Julian Evans-Pritchard, a Singapore-based analyst with the research firm Capital Economics, said in a note.

The easing expansion in the world’s second-largest economy is expected to drag on the global economic recovery, with the increase in total international trade likely to wane in the second half of this year as China’s import demand weakens, said Louis Kuijs, an analyst with Oxford Economics.

“The slowdown in China’s economy and imports will make it hard for the global economy and global trade to continue to gather pace,” he said in a report. “Europe and the U.S. will continue to grow, but, going forward, growth in the developed world is unlikely to be strong enough to offset the cooling in China.”

A chilly climate for the nation’s real estate sector was a leading factor behind the loss of momentum in July, analysts said. The government’s tightening of home-purchasing rules, which include higher down payment requirements, mortgage rate hikes and a slowdown in the issuance pace for home-sales permits, left numerous consumers in the cold by freezing transactions in many cities.

Property investment growth slowed to 7.9% in the January-July period, down from an 8.5% rate posted for the first six months of the year and marking the lowest level since 2016’s annual rate hit 6.9%.

The floor space for residential housing starts in July fell 3% year-on-year, down from a 14.4% gain in June and the first decline since September 2016. New starts activity drives demand for construction materials such as cement, glass and steel.

Meanwhile, residential building sales in terms of floor space edged up 0.3% last month from the previous year, the weakest reading since a drop of nearly 1% registered in March 2015, according to a Caixin calculation based on NBS figures.

As a result, cement production fell 0.9% year-on-year in July, which tied June’s reading as the weakest so far this year. Plate glass output rose 3.2% in July from a year ago, the slowest pace since September 2016, the NBS data showed.

Housing-related spending also slowed in July, with the increase in retail sales of furniture dipping to the lowest level in five months and home appliance sales softening to the weakest point since April.

But steel output soared 10.3% last month from a year ago, the fastest pace since 11% in September 2013, as steel-makers revved up production to take advantage of a spike in prices for their products.

Still, most analysts doubt the latest boosts in stronger business sectors such as steel can be sustained. They expect China’s economic growth, which was 6.9% in the first half of the year, to trend downward in the coming months.

“We maintain our view of a gradual growth slowdown over the rest of the year due to headwinds from the cooling property market and increasing tensions between China and the U.S. on trade issues,” Nomura International economists said in a report.

NBS also mentioned “quite a few underlying concerns” facing the country’s growth prospects, such as a “complicated and volatile” international environment and “prominent domestic structural problems.”

Fears are growing that strained trade tensions between China and the United States could deteriorate, after the Sino-U.S. Comprehensive Economic Dialogue last month yielded few results. Earlier this month, U.S. media reported that the White House was preparing to open an investigation into alleged Chinese violations of American intellectual property, amid frustration over what Washington sees as insufficient efforts by Beijing to pressure North Korea over its nuclear and ballistic missile programs.

Looking ahead, the NBS said, the government will “ensure the deepening of supply-side structural reform” and prevent “systemic financial risks.”