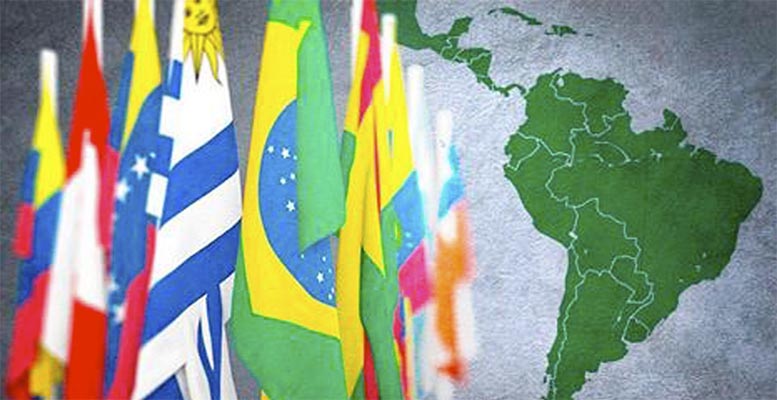 Elisa Aracil via The Conversation | The International Monetary Fund estimates that Latin America will experience an economic contraction this year equivalent to what happened after the crash of ’29. Specifically, a devastating 5.2% drop in GDP is expected in 2020, compared to an expected growth of 1.8 % in the pre-COVID-19 forecasts.

However, the post-COVID outlook may not be as catastrophic. There are two reasons for the dramatic fall in 2020, but also for the possible recovery in 2021, so as to avoid the curse of another lost decade.

The first one is the evolution of the economic impact of a pandemic. This is much faster than in crises sparked by other causes (e.g. financial crises, where the effects are felt over long periods.)

When China sneezes, Latin America gets a cold

The second reason is related to intrinsic issues in the region. For example, its heavy dependence on the price of raw materials (the region’s main export), tourism (especially in the Caribbean) and the China-Latin America link. In other words, when China sneezes, Latin America catches a cold, and to a much greater extent than in other regions.

Most Latin American countries are major commodity exporters. The collapse in product markets, especially in the price of oil, puts Venezuela, Ecuador, Mexico, Colombia, Brazil and Argentina in serious difficulty.

The operations of Vaca Muerta in Argentina and Pemex in Mexico are unviable with the current price of the barrel. Meanwhile, in countries like Venezuela or Colombia oil accounts for 90% and 40% of legal exports, respectively.

The sharp drop in the price of other products has also taken its toll. For example, copper is a cause for concern in Chile (the world’s leading exporter) or Peru, as exports total 30%.

Moreover, the region is closely dependent on the economic performance of its main partners: China and, to a lesser extent, the US. This dependence is manifested in the participation of Latin American countries in global production chains, which are paralysed due to quarantines and mobility restrictions.

Brazil and Mexico have had to stop their production chains in the automotive or electronics sector, faced with the paralysis on the part of Chinese suppliers of intermediate products.

Likewise, the fall in demand from China and the US has shaken the region. For example, 80% of Mexico’s GDP is linked to US activity. And other large economies in the area, such as Peru, Brazil and Argentina, have Asia as the main destination for their products.

To complicate matters further, the economic impacts of the pandemic could be accentuated by existing weaknesses in the region. For example, political instability and social discontent following mass protests in Chile and other countries. Then economic stagnation in 2019 (GDP without growth) and some old friends like high levels of corruption and inefficiency in public administrations. Furthermore, it is well-known that infrastructure is precarious (in particular that related to public health).

In fact, only Costa Rica and Uruguay follow the recommendations of the World Health Organization and allocate 6% of GDP to health.

Will the post-COVID scenario be as dramatic for Latin America? Let’s focus attention not so much on how deep the contraction will be, but on the speed of recovery.

Post-pandemic recoveries are faster: for example, global international tourist arrivals grew again in just five months after the SARS epidemic, a much shorter period than after the financial meltdown in 2008. In addition, rapid and comprehensive action by central banks and governments will increase the effectiveness of measures in this crisis.

The health of the banking sector in the region, with good levels of provisions, will be part of the solution and not part of the problem this time round.

But the strong dependence on international trade and commodity prices means that Latin America’s fortunes are necessarily linked to what happens in China and the US. Global de-escalation will boost demand for raw materials and dynamism in international trade.

Some argue that China will be in a worse position than in the past to help Latin America. However, China is the only large economy, along with India, expected to grow in 2020.

That said, China brings much more than international trade. It is also a large issuer of foreign direct investment in the region, and its huge Belt and Road project is a major catalyst for demand for raw materials.

The social impact of the pandemic

A different issue is the social impact of the pandemic, which is likely to be profound due to the high level of informality in the region. (The IMF estimates that 50% of total jobs are in the informal economy.) This makes it difficult for social policies to be effective, leaving many informal workers without any coverage during the pandemic.

In such a context, the region has a great opportunity to get out of this crisis by linking, for example, national or international aid for investment to the necessary improvement of public services and infrastructure and the adoption of environmental measures. These are necessary structural reforms so that we never again experience another lost decade.