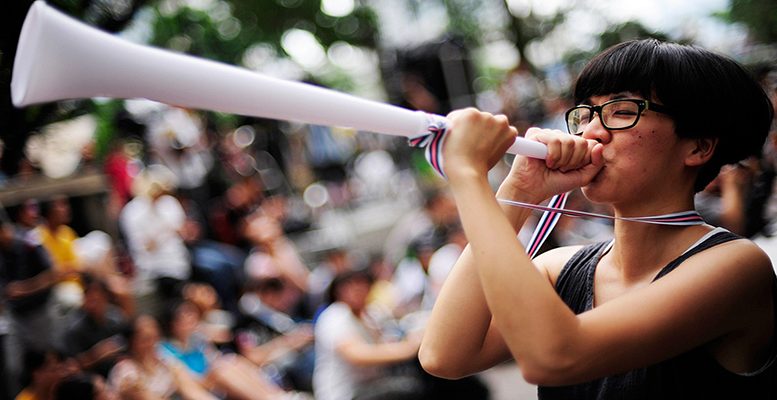 Outspoken policies interpreted as demagogic manifestations in the past,, are now supported by rising populism across the world

Reliable economists coincide in assuring us that if populists like Podemos got into power, it would mean a “a fast and intense” deterioration in GDP. But social inequality, characterised in the developed countries by the empoverishment of the middle class, is already causing alarm bells to ring in the economic world which pays more attention to global trends.

The feeling of being the ones who lost out in globalisation fuels a society-wide  disaffection with the political and economic system which is worrying many governments and institutions. And from there we get the populist policies. So much so that the IMF, supposedly the defender of economic liberalism and capitalism at any price, along with the ECB, have recently favoured economic policies which are heterodox or populist to a certain degree. And this is precisely in order to fight against social inequality and curb these phenomena emerging in Europe as well as in the US.

But this requires “that governments spend more on education, technology and infrastructures to increase productivity while steps are taken to reduce inequality.” Although it should not be an obstacle for continuing to reform the labour market, reduce the entrance barriers and improve the training for workers as a remedy for an ageing population. At the same time, there is a call for salary rises, because “they have been growing below productivity for years.” So a certain feeling of guilt emerges without anyone knowing where these policies are heading.

The outlook is not encouraging and augurs a complicated future, full of uncertainties which will end up affecting the global economies. And processes like the advance of the populist party The Alternative For Germany attests this. Likewise the emergence of Donald Trump; the growing power of Marine Le Pen in France or the Party for Liberty in Austria, as well as the increasing xenophobia in Holland; the governments in Hungary, Poland or the Czech Republic; Brexit or the destabilising populist policies in Central America.

The populist programmes, saving and differentiating those of the left from the right, fundamentally advocate, from an economic perspective, higher taxes or increased public spending. And they ignore, or even despise, the much-needed confidence of the markets. History relates that the failure of economic populism has its origins in the tensions it generates and which end up frustrating the growth it is trying to promote. Furthermore, this failure always has a bigger cost for those sectors of society which it supposedly wants to benefit. The tough crisis which the world has suffered since 2008 has left its inevitable marks, and both the right and left populist policies are there to demonstrate this. Some of these policies like that of the moderate left aim to raise almost all taxes and even create new ones, as well as increase spending to boost pensions, benefits, create a living wage etc. etc., reaching unsustainable budget levels in the case of Spain (nearly 100 billion euros). This would all be funded by the inevitable taxes on those in power, on the wealthy and by the battle against tax evasion itself. The recent updates to Spain’s tax system implemented by Rajoy’s government are not exempt from a substantial amount of populism and give support to those who defend the theory that if we cannot cut the deficit with growth of over 3%, then the government is a disaster.