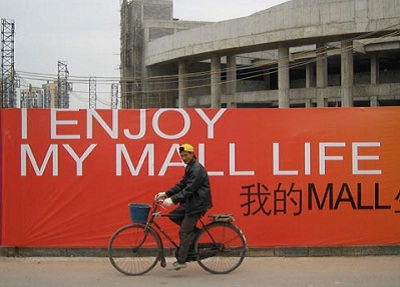 BEIJING | There’s a huge debate on what’s more appropriate for China: stimulus plans, sound investment or consumption incentives, to avoid the feared hard landing of its economy now that the Chinese model of development seems to be exhausted. The recipe was first applied in coastal areas. Due to its success it was later reapplied in the West to encourage a massive urbanization across the country.

Unfortunately, the economic crises bear witness to the weaknesses of a not so miraculous formula.  Subsequently, in China there is plenty of infrastructures.

They were built following urbanization plans strategically thought to give birth to buzzing cities that were to be filled with consumer urbanites. In order to allow the common Chinese to be part of this consumption dream, the country had to continue growing and prospering at a fast pace. Conversely, a general failure of the main engines of growth (commodity market, manufacture and property market), made of the Asian tiger the house of empty buildings and highways.

The Chinese being thrifty doesn’t mean he/she doesn’t enjoy consuming. The main online shopping site, Taobao, which belongs to Alibaba group, proves this line of thought. It’s leader of the C2C market of the country with more than 400 million users being able to buy products at very competitive prices. Meanwhile, the empty shopping malls fail to find tenants. Low wages and the fear of unemployment and professional instability make the Chinese be cautious

when it comes to spending. They are reluctant to spend their salaries in expensive products or services that will be amortized in a rather long term basis.

This is something that the communist party must correct if it wants to create a consumption society that softens the consequences born out of the tremendous slowdown that has brought the numbers down to a PMI of a 50.4% in May.

Trying not to make the same mistakes than in 2008, Beijing has now pin pointed some strategic industries as the new engines of growth: information technologies, new energies and so on. Nonetheless these products will only become massive goods and services for consumption if the population has wages and social guarantees that allow them to comfortably invest in higher quality and more sophisticated objects. There’s always a risk that investment in this areas ends up being something volatile, unable to result in long term productivity. Only sound and competitive investment can avoid the risk of falling into the speculation trap.

The entrance of private capital into a wider variety of sectors, the fostering of creativity and innovation and specially supporting small and medium companies, is crucial. It’s thanks to them that investment in these new sectors becomes highly competitive. According to the Chinese newspaper in English, The Global Times, the Chinese society is developing a

“dangerous subconscious according to which public welfare, social stability and the legitimacy of the Party are all dependant on rapid growth.”

A premise difficult to achieve if Chinese economy were to derail due to an irreversible failure of its engines.