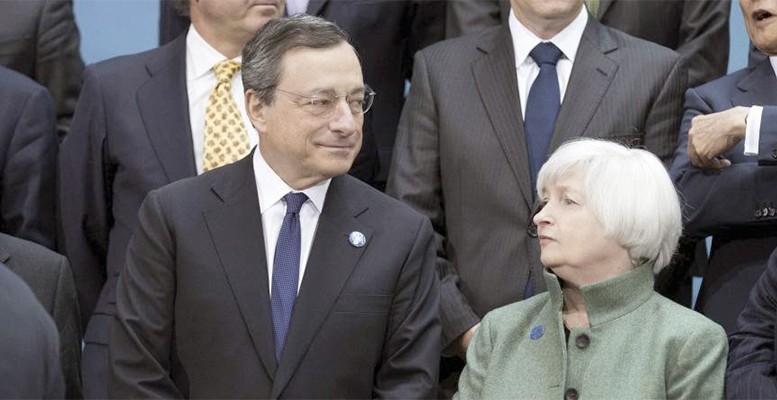 Both the US Federal Reserve (Fed) and the European Central Bank (ECB) did their best at their meetings last week to remain gradual and predictable as far as monetary policy is concerned. In opinion of Julius Baer, this prevented EUR/USD from taking a specific direction last week, “but monetary policy in the US and the eurozone are still diverging and justify a slightly stronger US dollar in the coming month.”

The Federal Open Market Committee (FOMC) decided to increase the Fed funds target range by 25 basis points to 1.25%- 1.5%, which was well indicated ahead of the meeting. As a result, short-term money market rates moved less than two basis points last week. The FOMC outlook, which included growth, inflation and unemployment rate forecasts as well as the appropriate level of the Fed funds rate over the coming years, has been revised notably higher regarding growth, while the inflation forecast and the anticipated appropriate policy path remains largely un-changed. As a consequence, “the Fed’s interest rate hike had a dovish aftertaste”, as pointed by Julius Baer: It failed to lift long-term bond yields, was well digested by stock markets and did not push the US dollar markedly higher.

The ECB seemed to have a similar script to the Fed’s for its meeting last week. The growth projection for 2018 has been lifted considerably, while the inflation outlook remains broadly unchanged. The same applies to the monetary policy path, which earmarks a reduced volume of asset purchases from next month on and sticks to the guidance that it is far too early to define the end of the unconventional monetary policy stimulus despite an impressive growth outlook.