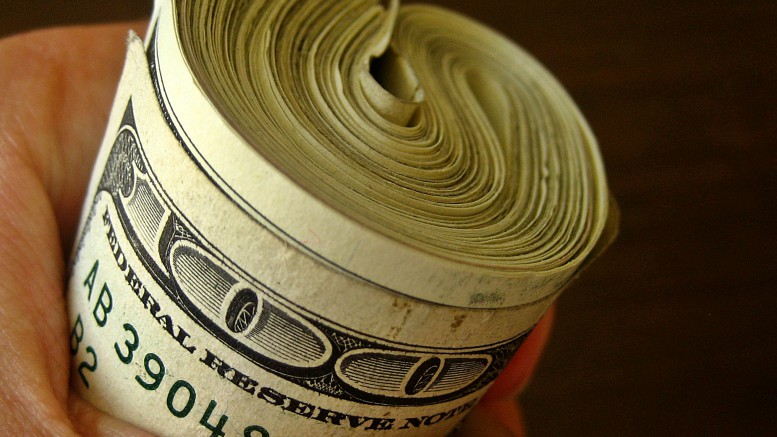 At the WSJ Jon Hilsenrath has an interesting take:

“Imagine for a moment an exchange like the one below between Federal Reserve Chairwoman Janet Yellen and New York Fed President William Dudley  Vice Chair Stanley Fischer at the Fed’s policy meeting Dec. 16-17. Officials will be considering whether to drop from their post-meeting statement an assurance that short-term interest rates will stay low for a considerable time and replace it with a vaguer indication that they’ll be patient before raising rates. They’re entertaining the move with some trepidation:

CHAIR: I think today is the day we should adjust our press statement and move to a reference to “patience.” I do think the market will react “negatively” as we used to say, but I’m not sure such a reaction would have negative implications. If we were to retain the “considerable period” wording, I would hate to find us in the position of seeing [forecasts] of a 300,000 increase in the January employment number actually materialize. We would be in a very uncomfortable position. If we go to “patience,” we will have full flexibility to sit for a year or to move in a couple of months. I don’t think we’re going to want to do the latter, but I’d certainly like to be in that position should a rate increase become necessary.

VICE CHAIR: I would be very cautious about moving from the very accommodative stance we currently have. Rates are extremely low and obviously much lower than they have to be over the long run. But from a risk-management perspective, I think they are at an appropriate level right now. I think that keeping them low and moving aggressively if necessary makes sense in a situation in which the risks on productivity, costs, and prices are still pointed down. Total inflation is likely to fall. We haven’t seen [much] closing of the output gap. This is a situation in which we ought to be taking our risks on the side of ensuring a rapid return to full employment. The benefits in economic welfare would be considerable. A small overshoot that pushed inflation up a little would have essentially no cost and might even be desirable.

Having said that, however, I still support dropping the “considerable period” language and substituting “patience.” The “considerable period” phrase was inserted as a form of unconventional policy when we were concerned about deflation. That’s not an issue anymore. There will never be a good time to eliminate the “considerable period” phrase. But I think that doing so today will be seen as a logical extension of what we did last time in terms of tying policy actions to economic developments and to the words that you and other members have used in speeches rather than as a sign of immediate action. You will have an opportunity in your [public comments] to expand on “patience” and that theme.

Such a shift is not only about restoring our flexibility; with the economy strong, it might be a good time to let the market react more to incoming data. Sitting on expectations in these circumstances might not be stabilizing from the long-run perspective. This could damp some of the interest rate risk-taking that we see in the market.

Fiction? No, fact and it is in the transcript for the FOMC meeting of January 2004.

The exchange is a window into the Fed’s thinking today. Officials want to shape their policy statement to give them flexibility to raise interest rates when needed, presumably next year, without being locked in to a timetable. They are worried about markets overreacting to a new signal and how that might affect the economy. They are acting in a time of low and possibly falling inflation. Some will be reluctant to move. They don’t want investors to think a wording shift means they’re planning to move any more quickly toward higher rates than they’ve already indicated. But they do want the option to do so when needed because the economy shows underlying strength. They know they need to change the wording eventually. A very real risk of financial instability looms if they suppress interest rates too long. They’ll lean on the chair to explain later as needed.

It sure is a window into present day Fed thinking. But that´s only because they have great difficulty in thinking outside the box, ceaselessly repeating themselves. If they stopped to think for a moment they would see what´s very different now from what presented itself ten years ago.

Be the first to comment on "The Fed’s motto: Mistakes should be repeated!"