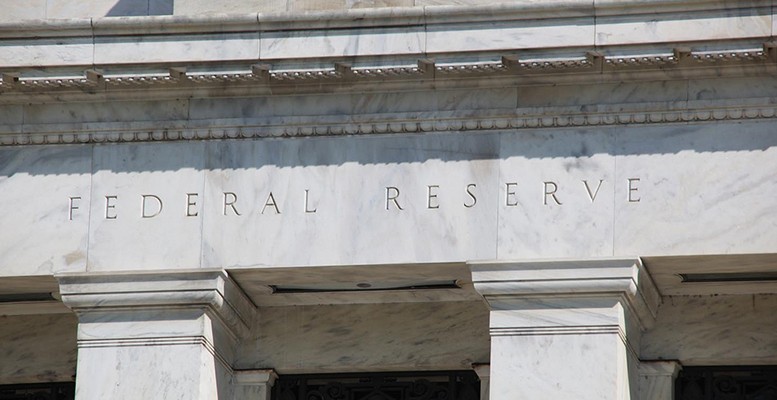 The Federal Reserve Board released an updated version of its large-scale model on the US economy that may hold clues into why policy makers pivoted at their meeting earlier this week toward a December interest-rate increase.

The revised inputs and calculations on Friday suggest the economy will use up resource slack by the first quarter of 2016, according to an analysis by Barclays Plc, and that also indicates Fed staff lowered their near-term estimate for how fast the economy can grow without producing inflation — a concept known as potential growth…

The unemployment rate stood at 5.1 percent in September, and the Fed model assumes little change from that level, dipping to a low of 4.8 percent in a forecast horizon that extends to 2020, according to Barclays. FOMC officials estimated full employment — or the level of the unemployment rate consistent with stable prices — at 4.9 percent last month…

…The model, known as FRB/US and updated periodically, is a series of calculations put together by Fed staff that sketch out how broad measures of the economy would change based on a set of defined parameters. The staff also constructs a bottom-up forecast for policy makers before each FOMC meeting. U.S. central bankers use the models and forecasts as reference points, not sole determinants of their decision-making.

This is nothing short of fantastic!

For the past five years, since partially recovering from the “Big Slump” of 2008-09, real output (RGDP) has been crisscrossing the “potential” growth rate. On the last view, it seems to be dying to undercrosss it! From the behavior of NGDP growth, it will likely “manage” that over the coming quarters. Meanwhile, unemployment has taken a dive, but that has not put upward pressure on any measure of inflation, that has been “relenting” (and doing so long before the oil price drop since mid-2014). Maybe the future will be significantly different from the recent past, with, for example, low unemployment finally pressuring inflation according to the Fed´s preferred Phillips Curve assumption in the model, given that real growth is (and has been for a long time) at “potential”.

However, before putting a lot of faith in these forecasts, what is the model´s “record of accomplishment”?

The tables below start with the first “Forecast Material” from April/11. Then from March/13, March/14 and the latest from Sept/15. In parenthesis, the realized value for the year. You immediately notice the “one-sided” errors of the forecasts, which mostly over forecast growth, unemployment and inflation! Notice how they have been “downgrading” their growth and unemployment forecast over time, but not fast enough to catch up with “reality”. Notice how their inflation forecasts will always move towards the target. They must be greatly frustrated!

I certainly wouldn´t bet the house on the model´s robustness (or precision)!