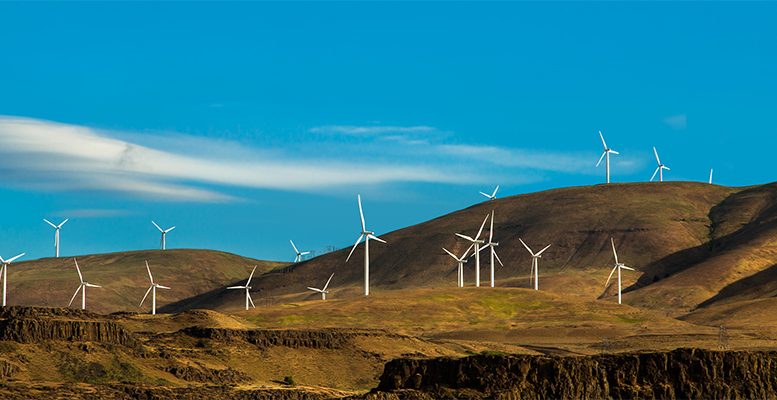 According to the latest report by the International Renewable Energy Agency (IRENA), last year was a record year for renewables as the “global renewable energy generation capacity increased by 161 gigawatts (GW) in 2016”. That’s a new record in terms of capacity additions. The Renewable Energy Capacity Statistics 2017, released by Abu Dhabi-based IRENA, shows that global renewable generation capacity reached 2,006GW. Solar energy was the best performer (+71 GW) outpacing wind (+51 GW) and other renewable energy sources such as hydropower, bioenergy and geothermal.

“We are witnessing an energy transformation taking hold around the world, and this is reflected in another year of record breaking additions in new renewable energy capacity. This growth in deployment emphasizes the increasingly strong business case for renewables which also have multiple socio-economic benefits in terms of fueling economic growth, creating jobs and improving human welfare and the environment. But accelerating this momentum will require additional investment in order to move decisively towards decarbonising the energy sector and meet climate objectives,” said Adnan Z. Amin, Director-General of IRENA.

In Europe, solar energy capacity reached 104 GW which represents growth of 5 GW. The biggest expansion took place in Germany and the UK, with 1200 MW and 2063 MW of additional capacity, respectively, compared to 2015. At the same time, Spain saw a tiny addition of 15 MW, similar to Portugal (+13 MW) or France (+12 MW). Globally, the largest solar capacity expansion happened in Asia, where a massive 50 GW of growth took the continent to a total of 139 GW of solar energy capacity. In the region, China (+34 GW), Japan (+8 GW) and India (+4 GW) were the biggest installers of new solar capacity.

Major new wind energy installations occurred in 4 countries worldwide. Not surprisingly, China with a 19 GW of capacity addition lead this sector, followed by USA (+9 GW), Germany (+5 GW) and India (+4 GW) with considerably less, but still significant wind energy expansion. As for Spain, the country registered a 49 MW growth. That said, in Europe only Germany is ahead of Spain in terms of total wind energy capacity.

Hydropower growth was significant in Brazil and China (14.6 GW in total), meanwhile in Europe the expansion was a little less than 2 GW. Asia’s capacity growth was also significant in bioenergy (+5.9 GW) compared to Europe (+1.3 GW) and South America (+0.9 GW).

All in all, the biggest expansion in total renewable energy capacity occurred in Asia (+93 GW) and Europe (+20 GW) with countries like China (+64 GW), USA (+20 GW) and India (+13 GW) leading the race in total renewable capacity expansion. Europe’s best performer was Germany with over 6 GW of addition. If Spain wants to meet its 2020 renewable energy target, it must put an end to the slow capacity growth of the last few years. Since 2012, the country has only installed 1.4 GW of new renewable energy capacity, although recently Spain has started to bet again on renewable projects, particularly on wind and solar, as installation and development costs of renewables have been decreasing.

The massive increase in global renewable energy capacity is certainly great news. But it’s also worth noting that many of the world’s biggest energy consumers like China, India or the US, despite efforts to decrease their reliance on fossil fuels and bet on renewables, are still lagging behind in delivering secure, affordable and sustainable energy. That’s according to the Global Energy Architecture Performance Index Report 2017 (EAPI), created by the World Economic Forum, which “ranks 127 countries based on their ability to provide energy across three dimensions of the ‘energy triangle’”. The report find that while the top performers tend to be smaller countries such as Switzerland (1st), Denmark (4th), Uruguay (10th) or Slovenia (13th), the world biggest economies and largest energy consumers are struggling to move up in the ranking. Japan is the best performer of the big energy consuming countries ranking in 45th position, closely followed by Russia (48th) and the US (52nd). However, India (87th) and China (95th) still have major difficulties in delivering secure, affordable and sustainable energy. That said, their serious investments in recent years in renewables are certainly promising for the future. “Big consumers need to intensify their efforts and overcome the inherent challenges of their large, complex energy systems; doing so will allow them to make a disproportionately positive impact on global energy architecture,” the EAPI report said.

As Europe is heading the list (out of the top 20, 16 are European countries), the most important thing for the continent is to make sure it keeps focusing on diversifying energy supplies, while investing heavily in green energy projects. The European Union’s renewable energy target for 2020 is a 20% share in the energy mix. That must be achieved in order to keep on track with the EU’s sustainable energy policy which has earned European countries those high positions on the EAPI list.