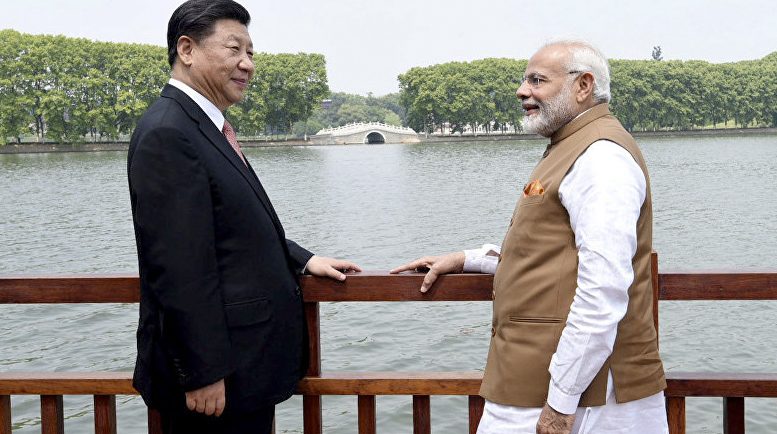 Not everything is rallying this year. India is down, which is interesting as it is a perennial favourite with international investors. Obviously, there is concern that there is an election and the euphoria around Modi that greeted his election in 2014 has faded to the least, with the ruling Bharatiya Janata Party (BJP) party recently failing to win any of the five state elections that took place before Christmas.

However, Mark Tinker, Head of AXA Framlington Equities in Asia, has other concerns, “notably about the extent and composition of India’s growth compared to China as well as the fact that since 2013 the Chinese currency has depreciated 8% against the US Dollar while the Rupee has dropped 31%.” Furthermore, household spending is still around 54% of GDP in India, whereas now it has risen to almost 80% of GDP in China, making for a far broader range of potential investment opportunities. He explains:

My views on China are now ten years out of date. I also noted that when I came to Asia, India was said to just about to catch up with China and that 5 years on, it still is. Both have grown by around 45% in dollar terms over the last 5 years, but India, at around $2.7tn GDP is still only a fifth of China at $13.6tn. Indeed, over the last five years China has added the equivalent of another Germany to global GDP, while India has added the equivalent of another Turkey.

To refer to the earlier point about skyscrapers, China completed 89 last year alone, (more than the entire stock in New York) while India built four. Indeed, on the definition of buildings greater than 200m high, that doubles India’s stock to 8. The following chart compares the two major Asian economies in terms of a much wider variety of statistics, highlighting the number of years since China was at the same level as India is now. The data is slightly out of date, but the gap is likely not. The final chart below tells a fascinating story of two brothers and two stocks, one of which dominated the market returns last year. Last year Mukesh Ambani topped the Bloomberg Billionaires list for Asia, with a net worth of $49bn, based almost entirely around his stake in Reliance Industries, having seen the shares triple over the last five year. By contrast, his younger brother Anil, who had a net worth of around $45bn back in 2007 according to Forbes Rich list on account of his stake in Reliance Telecommunications, which he inherited back in 2005 and listed in 2006 is now down to his last $1.3bn, the share price having fallen 95% in the last five years alone. Competition – not least from the re-entry into the Telecoms business by his brother last year- and a series of failed deals, as well as the heavy investments required in the industry have brought Reliance Telecom shares down from the dizzy heights of Rs821 in January 2008 to around 5 today. Old economy Oil and Gas has trounced New Economy Telecoms comprehensively.

This is not to say that India is not interesting. Part of the reason to be interested in India is that it looks likely to be a key battleground between the US and China, especially in terms of FDI and the fourth industrial revolution. As summarised by Mark Tinker:

Facebook, Amazon, and Google will almost certainly match off against Tencent, AliBaba, and Baidu in competition for India’s consumers. If they play their cards right, the Indian government might just get competition between the world’s two biggest economies to deliver the infrastructure boost they need.