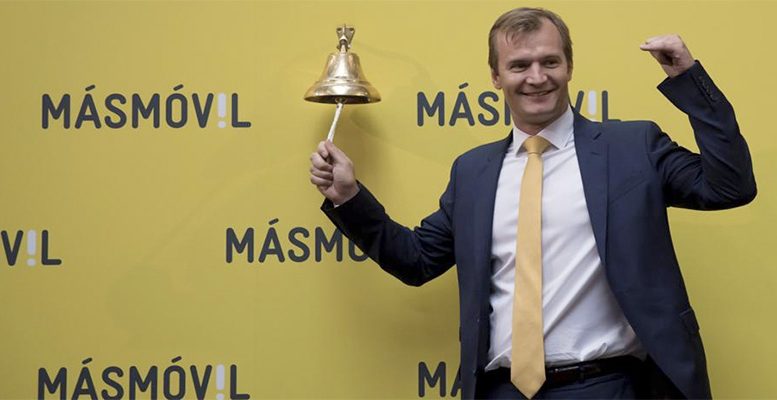 MasMovil has 597,900 lines of optic fibre thanks to organic growth

The Spanish competition regulator (CNMC – which regulates telecommunications in Spain) has published market data for December 2018.

The market shows important stabilisation, given that the drop-out rate has fallen significantly: in December the subscription turnover rate for mobile telephones fell 13.4% yoy, and was the second consecutive month with a downward trend.

The turnover of mobile telephone customers fell for the second consecutive. In the opinion of analysts at Santander Research, this is the best news in Spain’s telecommunications market data in December, “given that during the previous 18 months, customer turnover grew continuously yoy.” “This confirms reduced promotional activity after an intense Q318, when offers associated with football content increased, especially at the medium and high end,” the experts add.

This is the second consecutive month with a fall in the dropout rate and analysts at Santander Research think that this will continue over the next few months, even taking into account the increased efforts by new brands like O2 and Vodafone Bit. “Good news for MasMovil, our favourite share value, and for Euskaltel. Recovery for Vodafone Spain in mobile telephony and neutrality for Telefonica and Orange Spain,” conclude.