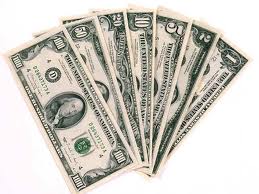 Ben Bernanke is not taking the wallet out of his pocket, at least not yet. The Fed will first assess July and August US unemployment reports and also “financial developments”, as it said in a statement at the conclusion of a two-day meeting in Washington. Meaning what? Meaning financial stability in Europe, which is one of US main concerns.

We’ll have to wait until September, but there are some hints to check out. While in former reports the Federal Reserve considered using tools “if necessary”, this one includes a new twist in the language:

“Economic activity decelerated somewhat over the first half of this year.” The Federal Open Market Committee “will closely monitor incoming information on economic and financial developments and will provide additional accommodation as needed to promote a stronger economic recovery and sustained improvement in labor market conditions in a context of price stability,” the communiqué says.

There is a slightly change of tone, more pessimism about the US economic recovery and two months and a half to observe the patient and decide if he needs more medicine.

Other aspects remain unchanged, though: benchmark interest rate will remain low until late 2014 and the Fed will continue Operation Twist through the end of the year.

Be the first to comment on "Is the Fed also waiting for Draghi?"