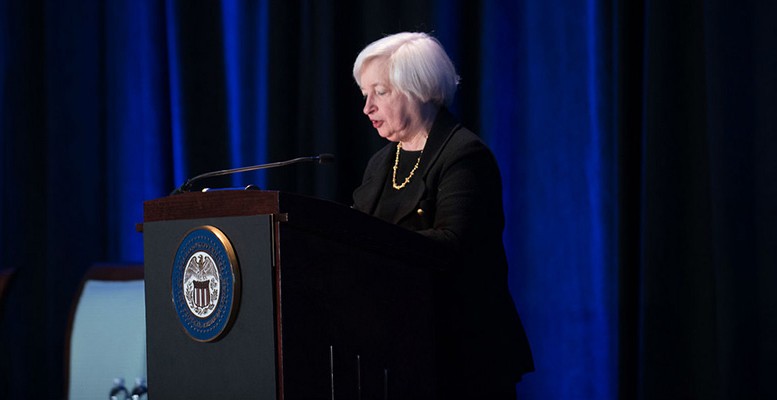 Janet Yellen has delivered what observers see as her last testimony at both Houses of the Congress. Rumours increasingly point to the President’s chief economic advisor as the potential successor when her mandate comes to an end in February. Mr Trump has never disguised his contempt for her, whom he depicted in one of his twits as the champion of low inflation. Such scornful praise reflected his resentment at the Fed for enforcing a policy contrary to his dreams of expansion at all costs. Even at the price of causing a severe recession sooner than expected.

But he is not alone in launching savage attacks on Ms Yellen. Many financial analysts and investors blame her for ruining hopes of robust growth by implementing a normalisation process. They believe it is completely wrong to address the danger of eventual overheating when inflation remains so firmly subdued. Some even suggest the FED should refrain from further action until it reduces its overstretched balance sheet.

The Republicans also object to the discretionary way the Fed acts in establishing lending and deposit conditions. They push for automatic rules based on Professor John B. Taylor’s proposals tabled back in 1993. Rates would become totally predictable in advance, much to the delight of speculators and arbitration agents. According to this view, they would match the neutral one, adjusted for gaps between actual prices/Fed objective and observed unemployment/long term target. Needless to say, how the fair level of the neutral interest level – the one delivering neither an accommodative nor an expansionary monetary stance – is appraised can lead to wide divergences amongst scholars and policy-makers. To make matters worse, weighting the gaps in different ways lead to striking deviations. For only if both factors are closely correlated, the respective weight will have no significant impact. In that case, one wonders why should the formula include both elements, since either one of them would mirror the other’s performance.

In the Report on Monetary Policy published a few days before Ms Yellen testimony, the Fed included a tough scrutiny of the four models put forward by Mr Taylor and his followers. It simply applied their rules to recent years. Results showed acute negative rates ranking up to minus 9% in the recession period, while they rose significantly higher than the one implemented by the FED during the recovery. Such a bouncing pattern would lead to successive bubbles and severe stiffenings. The past boom and bust policy all countries tosed into the dustbin many years ago.

Against all the odds, Janet Yellen did not deliver a testimony defending her record. She provided a fairly optimistic view of the economy while acknowledging inflation was running below the target and her expectations. Moreover, while rates remained accommodative, their neutral level was nowadays much lower than in the past. In short, she shrank the scope for raising rates. The markets received with unsimulated enthusiasm her dovish message. Nonetheless, she insisted on keeping in place the current policy of cautious moves while downplaying the role of the balance-sheet streamlining process.

A sound strategy her successor should maintain. Otherwise, should he cave in to White House pressure, the only remaining bulwark for defending stability and sustainable growth would become fully tamed. It might end up serving the purpose of printing greenbacks for financing profligate public expenses and corporate bonds. As the presumed candidate comes from Goldman Sachs and fully adheres to the presidential credo, one can anticipate what his views are on the subject. Little does Mr Trump care about the consequences of feeding a booming bubble, or the crash that would ensue.