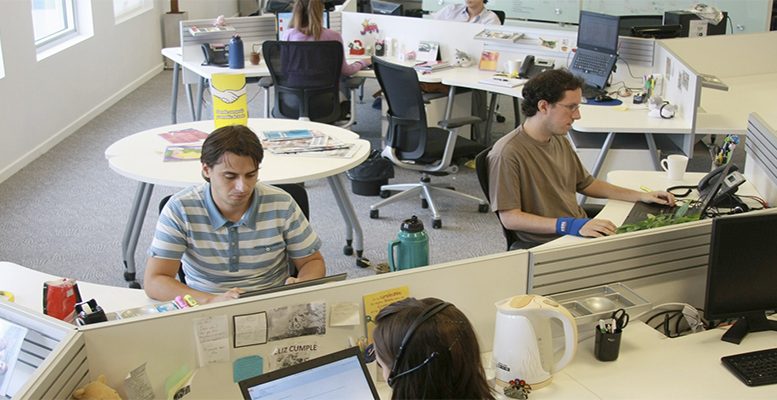 It’s no surprise that Labour Minister, Fátima Bañez, has herself jumped into the breach and urged social agents, in particular, of course, businessmen, to start increasing their employees salaries. And Bañez has done this because she must think that if she doesn’t provide some impetus and put the businessmen to shame, we may very well continue to have third world salaries in Spain for a further five or ten years.

Because the reality is that despite GDP growth beating records for various years, salaries are not reflecting even a slight upwards trend. That said, it’s not so surprising: with almost 3.36 million unemployed in reserve, companies don’t really need to fine tune their job offers, except in the case of positions which are difficult to cover.

Eurostat’s figures are the first item of note, where Spain is shown to be a true champion in terms of saying ‘no’ to salary hikes. And this is not a metaphor. It’s a harsh reality. In the first fourth months of this year, labour costs grew 1.7% in the EU-28, while in Spain they grew..0.1%…one of the weakest rises in the whole region. For example in Germany, labour costs rose 2.5%, while in the UK they rose 1.5%, in France 1.2% and in Sweden 1.9%. Even in Portugal they grew 2.6%.

And the situation could be even worse. In other words, that salaries have not only not increased but have even fallen. How is that possible? It’s very simple. Because there is still a downward trend in salaries in the new contracts which are being signed.

According to a report by the Observatorio de Empleo de la Asociación Nacional de Agencias de Colocación (ANAC), which analyses the job offers published on over 50 websites throughout the country, Spaniards’ average salary has declined in general terms over the course of this year compared to 2016. The report reveals that the number of Spaniards who earn between 15.000 and 20.000 euros has increased, while the number has decreased for those in the next bracket, between 20.000 and 25.000 euros.

And if we take a look at the National Statistics Institute’s figures, the panorma is not any more encouraging. It’s true that the average salary rose 1.1% this year to 23.106 euros, according to the Annual Survey of Salary Structure. But this figure includes the average for all the salaries earned in Spain, including those for top jobs (in industry, energy, finances…). So it ends up being a fairly misleading indicator.

According to the National Statistics Institute, the most normal average annual gross salary is around 16.500 euros. So once this has been paid 14 times a year and taxes and Social Security contributions have been deducted, this ends up as a little over 800 euros net per month. It’s no surprise then that Juan Rosell, President of the Spanish Confederation of Business Organisations, recently acknowledged that “it’s very difficult to get to the end of the month with a salary of 800 euros.”

And that’s not even the worst thing. There are tons of workers who don’t even earn those 16.500 euros. For example, in the hotel trade, according to the National Statistics Institute, an employee’s average gross income would be around 14.000 euros. And a little more for jobs in adminstration, other services or in marketing.

For example, salaries in the large retail sector are still a joke, despite the big increases in sales over the last few years. Primark published its lists of salaries, showing that not one employee in the store earns more than 20.000 euros.  Those in group make 13.662 euros gross and those in group 2 a little more, 15.772 euros.

The company has taken advantage of this publication and the announcement that its sales have risen 21% in the first nine months of 2017 to promise a proper salary rise, namely 6%. Undoubtedly other companies in the sector, the big multinational chains which pay similar salaries, have trembled at the audacity of the British firm. There are very prestigious ‘fast food’ companies which pay workers five or six euros per hour.

These salaries are not feasible, nor healthy, nor sustainable in a European economy. It’s not just that they cause misery, dependency and insecurity for people. But with those sort of earnings, there is no way to increase consumption, housing sales, weddings. And even less so to refill the empty pension pot.

Hence both Bañez and the Confederation of Business Organisations are convinced that salaries will begin to rise and that the new wage agreements being signed will start to reflect this reality – this has already started to happen. Although the average salary rise agreed for this year barely exceeds 1.5%, the Confederation of Business Organisation is open to offering between 2.5% and 3% for lower paid workers.

The big doubt is whether the tens of thousands of SMEs, who benefit from the this labour panorama, are going to listen to the employers association and start to hike, slowly but surely, salaries which are inadequate for an economy like Spain’s.