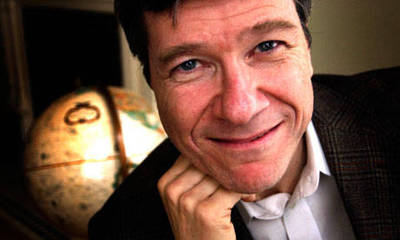 NEW YORK | The debate between austerity or growth to cure Europes illness is in full swing. Austerians are, though, losing support. A consensus is growing that current cuts alone aren’t likely to tackle the euro zone crisis.

For US celebrity economist and director of the Earth Institute Jeffrey Sachs, “Fiscal policy alone won’t save Europe,” he said in the launch of the Center on Global Economic Governance at Columbia University in New York on Thursday, where he dissected European economic crisis and its implications with other prestigious economists.

All of them agreed that the problem in Europe is the lack of credit. And some comments on “Germany leading Europe to a self-destruction” were heard.

In Mr Sach’s opinion, Europe is in the hands of the ECB, and it that should behave more like the FED: more bailout, more liquidity ease. ECB tried to avoid intervention until Draghi came into office, he said. And now it is but Germany is still resisting, which could worsen European drama lead to Europe’s self-destruction. The problem is that European leaders have tried to solve the crisis with “elite politics”: Germany put aside European institutions, and did everything by itself, and that is a dangerous situation.

Still, pointed out Mr Sachs, Europe has an amazing potential.

“It’s made of educated people, it is the largest trading zone. The tragedy will be to give up on the social model. There is nothing fundamentally wrong there. What Europe represents is intact.”

Adviser to the UN secretary-general, Ban Ki-moon and best known as a crusading activist for eliminating poverty, Mr Sachs put himself forward as a candidate for World Bank president. He has been a defender of the scandinavian societies and their high taxes model.

“Nordic countries are doing better because they are treating people as part of a society, not just like a bunch of individuals, which is the main strategy in the political discourse in the US.”

When it came to practical solutions, some panelists asked if Basel III, that strengthens bank capital requirements and introduces new regulatory requirements on liquidity and leverage, should be postponed.

“It’s better to create guarantees on interbank lending. Large injections of capital in banks would be another way [of boosting confidence],” International and Public Affairs at Columbia Professor Sharyn O’Halloran said.

Without credit, European machine will not work.

By the way, there is a new, politically incorrect name for the PIIGS: the GIPSIS.

Be the first to comment on "Jeffrey Sachs defends European model"