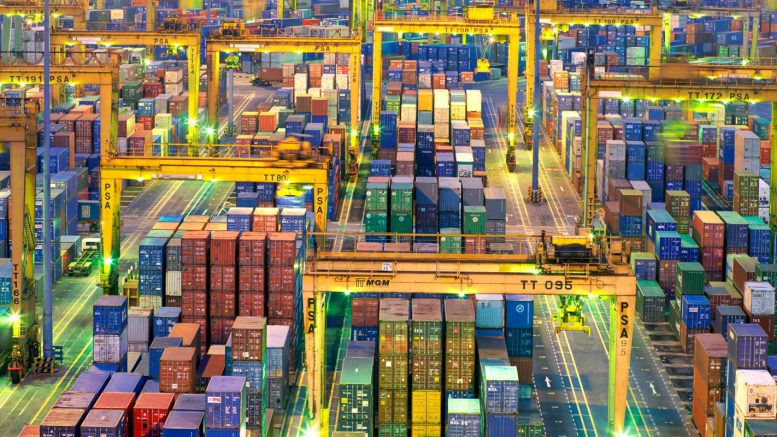 Commercial activity amongst the euro members fell by 6.8% in the tenth month of the year, to 166.1 billion euros

Irrespective of whether nostalgia is justified or not, the old days are gone for good. Those old jobs in productive manufacturing companies which exported from the developed countries to half the world are finished. The votes in favour of Trump and Brexit have their roots in nostalgia, coming from those who feel betrayed by globalisation. That is what the polls say. The ruined white middle-class who dream of recovering their social standing, their place in the sun, their expectations for the future which were so good and now frustrated.

But let’s get real: these jobs are never coming back because you can’t suddenly use protectionism to reverse such a huge change which has taken place throughout the world.

Krugman explains it brilliantly: any marketable-manufactured product is put together in country X with pieces which are manufactured in countries A, B, C, D…in a production chain which spans half the world, or even the whole of it. Trying to return to the past is an illusion…and it would cause a huge disruption for everyone, the consumer and the manufacturer, who would see the prices of their consumable goods skyrocket. It would not be easy and it would take time to set up suppliers’ factories as efficient as the ones which have substituted the old model, with the whole process now located in one country. Krugman offers the example of a biker who rides over a stony field which shakes up his motor bike. And the only thing he does is to ride his bike over that same field again and take it to be fixed in the garage beside his house.

It will be difficult to undo everything that has been done which, on the other hand, has brought huge advantages for consumers-employees throughout the world. Krugman says there will be a trade war, because Trump wants to be the first to put protectionist laws in place which, inevitably, will produce a chain of emulative processes. He says this won’t lead to recession, but I’m not so sure, at least as far as the rest of the world is concerned. I don’t believe there will be no disruptive effects. The sudden interruption in the current “assembly” system will undoubtedly be traumatic: a lack of supplies, bottlenecks, etc…the smartest thing would be to implement the least traumatic kind of protectionism, but once the firecracker goes off, anyone can start to make qualifications…

Perhaps the most worrying thing is the fact that a scenario of economic coordination between countries is looking increasingly more distant. I don’t believe that a multipolar world without even minimal rules is better than the one we have had up to now. It’s true that China needs to be pulled up over its manipulation of the exchange rate, but this can’t be done in a unilateral and capricious way. The conditions have to be put in place so that in the future thigs will be different. Trump is in danger of giving the chessboard of the world a big kick and trying to impose his rules, which he will not achieve.